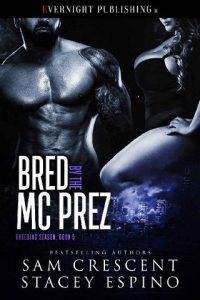 Pierce Casey, or Forge as most of his club called him, took a long, deep draw on his cigarette and waited for Peterson to arrive. His crew, Hell’s Slaves MC, were behind him, waiting for the son of a bitch to turn up. He didn’t like to be kept waiting.

Peterson owed him a lot of money, and he was tired of the excuses. The only reason he put up with the bullshit was because he happened to find the old man entertaining. The son of a bitch was mayor of this town and happened to have a serious gambling problem. Forge was all about helping those in need. The mayor liked to use his club to deal with certain problems, old skeletons in the closet, and being the nice guy he was, Forge was more than happy to oblige at a cost.

Now the debt was overdue, and Forge and his crew had done what was necessary to keep Peterson’s reputation squeaky clean.

He was bored of the entertainment, and it was time to step it up a notch or two, or even three. He didn’t have any problems hurting the bastard, and in fact, would rather enjoy hearing him squeal. There hadn’t been enough bloodshed in his life of a late, and he was growing tired of being nice.

Just as Forge was about to give up and head back to his clubhouse to plan his strategy with his men, three black cars slowly pulled up across the abandoned plot. He took a final draw on his cigarette before throwing it to the ground and stamping on it.

Stepping forward, he knew two of his men were by his sides, Dog and Hound. Dog was his VP and Hound his enforcer.

There was no doubt his other men were waiting, hands poised on weapons, prepared to make this very bloody if they had to. Before the night was over, if Peterson had fucked with him, he’d slit the bastard’s throat.

One of the guards opened the back door and Peterson, with all his airs and graces, climbed out, buttoning his jacket as he did.

“You think this is a fucking joke?” Forge asked.

The door of the car remained open as Peterson stepped forward. If Forge didn’t recognize terror so well, he would have assumed the man before him was cool as a cucumber. But he wasn’t. The telltale shaking, the pale face, and overall fear dripped off him. He liked to make men nervous and well, this fucker was exceedingly so. Even with his band of security, it didn’t mean he was safe.

“I apologize for my lateness,” Peterson said.

Forge tutted. “You know I don’t like it when someone tries to take the piss.” He grabbed Peterson by his jacket, pulling him forward so they were nose to nose. “You better call off your men now!” He spoke slowly.

Peterson’s guards had all drawn their weapons, ready to shoot to kill. Forge had no doubt his men were in exactly the same stance. He trusted them to aim and take their enemies out. What he didn’t know was if Peterson’s men were properly trained or designed to look like fighters. Most of them looked a little too young for his tastes.

“It’s fine. Back off. Lower your weapons,” Peterson said, his voice shaking.

“Now, I’m thinking I break a couple of your arms. Maybe even your legs. I want to hear you scream. Hell’s Slaves are not to be made a fool of, do you understand me?” He’d gladly hear the sound of breaking bones.

“You think you can order me around?”

“It’s … I have an arrangement that may be suitable for you.”

Forge laughed. “You think you can buy me? The only thing I want is my money.”

“But what if there was something else? Something that is so hard to come by in this day and age. Something only you will ever be able to claim. To own. To possess.”

He hated being a curious bastard. There was nothing he didn’t know about this son of a bitch and yet, here he was, offering him something more, and he was interested.

“You’re going to need to let me go long enough to arrange it.”

Forge thrust him away from him but didn’t let him go. “This is as far as you’re getting.”

“Fine. Fine.” Peterson looked behind him. His entire body shook as he nodded at one of his men.

Glancing over the man’s shoulder, he watched as someone entered the car. He heard a muffled scream and in the next minute, a woman was pulled from the car. She wore a robe and someone had tied a piece of rope across her mouth, stopping any sound from her.

He noticed how blonde her hair was. It was almost white and it looked soft, silken to the touch. Next, her eyes. They were blue, like a clear ocean, only these were swimming with tears. She wore no makeup. Tears traced down her cheek and he didn’t know why seeing her scared sent a wave of protective need rushing through him. He wanted to protect her.