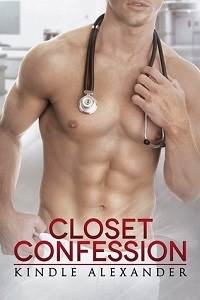 Chaotic commotion in the Tulane Medical Emergency Room resonated with a familiar symphony in the background as Dr. Derek Babineaux tried to tune everything out. He was propped against a vacant countertop in a back corner of the nurses’ station. He typed quickly, making notes into the chart of his last patient, hoping to move the paperwork along a little faster on such an incredibly busy night. He felt, more than heard, the stirrings behind him and reached over, quickly scribbling on a prescription pad that lay nearby, authorizing the needed medication for his patient.

“Here, Amanda.” He never looked up from the screen as he slid the prescription across the counter.

“How do you do that?” she asked, reaching for the sheet, patting him on the shoulder. He finally glanced her way, his thoughts still focused on the electronic chart, and gave her a sideways wink.

“Just situationally aware,” he teased, never slowing the pace of his fingers on the keyboard. Amanda was five foot nothing, and he laughed as she fanned herself with the prescription he’d just handed her.

“Dr. Baby, why are all the good-lookin’ ones either taken or gay?” she asked absently and then pivoted on her heel, not waiting for an answer. She always shortened his name, teasing him a little about his looks. Both that and her outlandish comment made him chuckle as he pulled his thoughts completely away from the medical record to watch her walk away. This was exactly why he preferred the emergency room to any other department in the hospital—fast-paced with quick-witted, fun people. It said something about all of the ER staff that they purposefully chose this controlled chaos over the day-to-day life of a more structured hospital department.

“Oh, I think I saw Mrs. Burch in the waiting room. She didn’t look happy,” Amanda called out, turning back around to face him as she walked down the hall. Her laugh told him he hadn’t quite hidden the wince at hearing that information.

“Yep or I’m pretty sure it was her. Want me to go find her?” Kristina offered from across the work area, taking over the conversation where Amanda left off.

With a quick bob of her head, she was out of her chair, heading toward the waiting room. Derek closed the chart and looked at his iPad, scanning the patient listings for the Burch name. He stifled a yawn and wondered if she could truly be here at this hour. A glance at his watch showed it was only midnight, which made this entire night seem that much longer. What in the world could she possibly be doing out at this hour?

Derek rubbed a hand over his tired, gritty eyes as he scanned all the patients who were currently waiting to be seen. For the first time that night, the loud background clatter sank in. He glanced out over the waiting room, as well as down the long hall. They’d officially reached standing-room only. Welcome to the summer.

“Burch is in room five,” Kristina called out as she walked quickly past him to the patient standing at the desk. Technically Burch should be seen in order of importance. He highly doubted her illness or injury should take precedence over others waiting for a doctor, but he bypassed those ahead of her in queue and went straight toward her room, nodding at a few colleagues as he made his way down the hall.

She deserved to have to wait because he suspected he knew the reason for this visit. Even at eighty-plus years old, Mrs. Burch would most definitely outlive him if nothing more than to prove to him that she could. As he turned the corner, he looked down the hall to see room five’s window blinds closed up tight, and he could already sense the drama pouring his way. He hid the smile and forced a frustrated look, causing his brow to crease his forehead. She really had to stop trying to get his attention this way.

“Dr. Babineaux, you have an older female patient in room five who refuses to see anyone but you,” a patient care associate said quietly as he passed him, pushing a costume-clad zombie in a wheelchair. No way to know if the blood covering his leg was fake or real. The costume fit voodoo-fest more than spring break, but it was New Orleans after all. Anything went and that always made this time of year more hectic for the entire emergency room. There was never a dull moment since he’d been back, that was for sure.

“Got it,” he shot out, all focus back on room number five. Given how tired he was with the sheer volume of patients flowing through their facility, he figured all his co-workers should be frustrated as hell by a visit like this. He’d have to make amends tomorrow night.