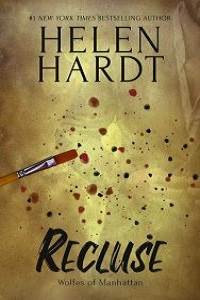 The secret had lodged in my gut, always present, sometimes churning, and occasionally clawing its way up my throat as acidic bile, eating through my flesh.

For most of my life I’d ignored it. Not like I hadn’t had years to tamp it down, pretend it didn’t exist. Days had begun to pass where I didn’t think about it. Days turned into weeks, into months, eventually into years.

But always it was there, like a black cancer haunting me from the inside out.

I was a recluse, never close to anyone, really—certainly not anyone in my family.

Flying to Montana to talk to Rock had been a mistake. I couldn’t expose my secret with his girlfriend there—his girlfriend who was a lawyer, for God’s sake.

Now I existed in a perpetual cold sweat, trapped in the ultimate mindfuck.

Help me. Please. Help me.

My new employer was Wolfe Enterprises.

A new position, a new title, a posh new office, and a hefty raise in pay.

Moving over to the Wolfe Plaza Tower was easier than I’d ever imagined. Everything stayed. I gathered only my few personal items to take with me to my new office. Yes, I’d have my own office!

I’d been the assistant to Lacey Ward since she became an associate at the law firm. She hired me herself. I was fresh out of paralegal school and green as they come. That was six years ago. Lacey was the youngest attorney ever to make partner at our prestigious Manhattan firm…and now she was leaving.

Rock Wolfe was the CEO of Wolfe Enterprises. He was also Lacey’s new husband. They’d met, fallen in love, and gotten married in a span of a couple weeks. Why the rush? I didn’t know and I hadn’t asked. Lacey was my boss, not my friend. Not to say we weren’t friendly. I called her by her first name and we sometimes shared a drink after work, but we’d never be besties. We were just too different.

She was all business.

Which didn’t explain her behavior the last few weeks. A quickie wedding to Rock Wolfe was so not Lacey Ward. Er…Lacey Wolfe.

I loved working with Lacey, and truthfully, I would have followed her just about anywhere.

My generous six-figure salary? Icing on the cake.

Getting away from Blaine Foster? Sugary sprinkles on the icing.

Blaine, a senior partner at the firm, and I had dated a few times. He was old enough to be my father, for sure, but still a sexy silver-haired fox. Problem was, he’d gotten a little too serious with me a little too fast. I wasn’t in the market for a permanent relationship, especially not one with a man twice my age who already had grown children. I wanted children of my own…just not quite yet.

I swallowed as I entered the Wolfe Plaza Tower.

If I didn’t know better, I’d have thought I was walking into a luxury hotel. Marble tile on the floors, walnut fixtures, and lush paintings on the wall. I’d always been interested in art, in fact had dabbled on my own. I’d considered studying art but had needed to get a marketable skill quickly to pay my bills. My mother couldn’t afford college, and my father was busy with second wife and new kids. I couldn’t afford a student loan payment and a career as a starving artist. Six months of paralegal school at a community college, and my fast and accurate fingers had earned me a job as Lacey’s assistant.

I strolled through the lobby of the building, eyeing the artwork. One painting in particular drew me in. It was oil on canvas, an abstract, but the darkness of the work immediately made my heart sad.

I wasn’t sure why. I couldn’t discern any actual images, but the dark reds and blues were twisted together in a corkscrew pattern that almost seemed like a crash into some secret madness.

“What do you think?”

I jerked slightly at the low voice behind me. I turned and held back a gasp. The most beautiful man I’d ever laid eyes on stood a foot away from me, his dark eyes meeting my gaze. He was tall, almost a foot taller than I was. Thank goodness for stilettos. His nearly black hair was long and pulled back into a low ponytail. He wore a crisp designer suit but no tie, the top two buttons of his white cotton shirt undone. Dark stubble graced his jawline.

Warmth crept up to my cheeks. He’d asked what I thought of the painting, but I wasn’t responding to his query. The “wow” was all him.