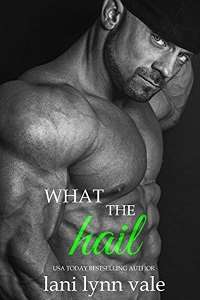 Never treat a woman like an object. It hates that.

-Things not to say to a woman

“We’re going to send you to Hostel, Texas,” the big man in front of me named Sam, said. “We don’t normally send two birds to the same place just in case, but we have one who’s just left there, and all her old contacts are still in place, so it works out, plus we have allies there that’ll watch over you. Do you have any questions?”

I looked at the packet of information he’d given me.

A new ID. A stack of bills that established my new ‘identity.’ A thousand dollars in cash. Everything someone might need to start all over.

He nodded, the scar on his face pulling with the movement. “You will. All the stuff that’s there right now of the old bird’s will become yours. Her car. Her house. Her things. You won’t be her, but you’ll be using all of her stuff. Our contact there at the grocery store will advance you a paycheck so you’ll have money to pay those bills. Got it?”

Then I blurted out what was on my mind. “Why Lark?”

The big man grinned. “Lark is a bird name. You’re one of our birds now. Really, the name is more of a category so we can keep facts straight on our end. You’re currently Lark, III.”

I grinned at that, then tried to calm myself.

“Uncle Sam, did you make sure to catch up on the car payments for her loan?”

My eyes flicked to the beautiful woman that was sitting at a desk in the corner of the room. She was furiously writing on something, her hand periodically going to a piece of paper that she’d flip over to the small stack that was steadily increasing in height on the corner of her desktop.

“Shit,” Sam grunted. “Yeah, I’ll do that. The car that you have hasn’t had its note paid yet. I think the old bird was a month behind because of some doctor bills that she’d accrued while she was there. I’ll make it current, though, and we’ll make sure you start fresh.”

I was so tired of being scared. Would I be scared once I got to this new town, Hostel?

I sure hoped not.

Not sure if I attract crazy, or I make them crazy.

I grunted as I pulled the last of the chains off the truck.

Today was normally my day off, but since we were short staffed—like always—I came in anyway.

Now I had to deal with this bullshit.

“Listen,” the woman whose car I was repossessing pleaded. “If you take the car, I have no way to get to work.”

I looked over at her, then dropped down to my knees and started to crawl under the car to attach the chains.

They weren’t needed, not with today’s technology and advances in towing, but I was old school. I liked them on there because it made me feel better. So sue me.

That’s when I felt something on my foot.

I looked down at the woman—girl really. What was she, all of twenty-two?

“Don’t touch me,” I ordered, looking over to see her hand on my ankle.

I hated being touched by people I didn’t know. Fuck, that was why I hadn’t had sex in over eight years.

I was seriously on the verge of kicking out with my foot when she let go and then fell to her ass in defeat.

That’s when the tears started to drip out of her eyes.

I hated when women cried. Especially young, pretty ones.

I attached the chain and scooted out from under the car, not bothering to dust the dirt and grass off my back. This wasn’t the first time I had been on the ground today, and it wouldn’t be the last. That much I knew for sure.

“Where are you taking it?”

Since I was repossessing it, I’d be towing the vehicle to our impound yard.

Though, not all of my pick-ups were repossessions.

Sometimes they were wrecks, or the car was broken down. Then I either took them to a mechanic or a body shop.

And most of my pickups didn’t come with crying women. The majority of them came with little to no trouble at all, but if there was trouble, I preferred it in the form of a man swinging his fist at my face instead of tears. Especially tears of a woman.

But that’s just me.

I lived for the adrenaline spikes that this job offered me.

She didn’t take my hand.

That was my very first encounter with Lark Lawrence, but it wouldn’t be the last.