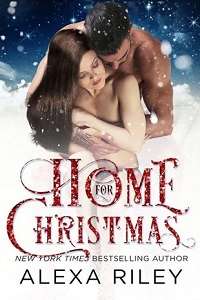 As I look around the cafeteria hall a pang of sadness hits me. The room hasn’t changed much. The familiarities are nice, but it also reminds me of how different I am now. I’ve volunteered here since I was fifteen. I’ll miss this place, but I’m sure I’ll visit from time to time. It’s a second home to me.

“You’re really going to leave all this behind?” Paul wraps his arm around me, pulling me into him. I rest my head against his shoulder. Paul has been a rock for me over the past few years. Like a grandpa that I never had. Someone for me to lean on when I needed it or to give me advice when my grandmother couldn't. I look up into his warm, dark eyes and I can see the worry lines on his face for me. He doesn’t want me to go. I’m not one hundred percent sure I should go either, but I think it’s the right thing for me. At least for now.

“It’s time,” I tell him on a deep sigh. “My car is already packed up and I checked out of my hotel room.” I made sure before I came here there was no way I could change my mind, because if anyone could get me to do it, it’s Paul. I know he doesn't want me to go. I don’t think he really thought I was going to do it, but I had to. I was starting to feel like I couldn’t breathe here anymore. The walls were closing in on me and I had to escape before I crumbled. I needed a change. Something to put a little light back into my life. Or at least that’s what I’m hoping I’ll find when I leave.

“I still can’t believe you chose to stay in a hotel room over coming and staying with me and Margie.” He shakes his head. I only stayed there for a few weeks. It really wasn't a big deal and I didn't want to be a burden on Paul and his wife. The hotel wasn't terrible. After I graduated I had to leave the dorms and I didn't want to get myself into a lease. The idea of leaving had already been floating around in my head.

I shrug. I don’t want to get into that fight with him again. Besides, it doesn't matter. I’m leaving now.

“You don’t even know where you’re going,” Paul adds when he realizes I’m not playing into his bait about coming and staying with him and his wife.

“No, but I’ll figure it out. I always do.” His eyes drop back down to mine. “It’s too hard. I can’t stay. I have to get away for a while. I need to breathe and not be smothered by memories,” I admit to him. The memories are suffocating. Even the good ones. All of them pulled me down into a place I didn't want to be and made my loneliness bone deep.

I push the thoughts away like I’m trying to do with everything else. Maybe it won’t work, but I have to try something. Spending Christmas alone isn't helping. Waking up in a hotel room on Christmas was heartbreaking. So when I woke up I knew after my shift at the shelter I was gone. I’m going to outrun this holiday. When the New Year comes around I’ll be in a new city. I’m starting a new life that won’t hurt so damn much.

This shelter is a second home to me. I love the people here and I love helping others. It’s why I got a degree in social services. But this place holds too many memories. This whole city does. It reminds me of all the things I’ve lost. First my dad, then Vance, and now my grandma. She was the only thing that was still holding me here.

She passed two weeks ago, the day before I graduated college. Not that she could have come and watched me walk across the stage anyway. She’d been in a nursing home, and toward the end she didn't even know who I was most days. Always asking for her husband and my dad. At first I’d tell her the truth, but when I told her they’d already passed, she’d get sad and cry. Then I learned to lie. Telling her little things like they were out fishing or ran to the store.

Even with the loss of my grandma and dad who raised me, the loss of Vance hurt the most. It cut me to my soul and when I look around this shelter I see him everywhere. Even after his death he’s so ingrained in every part of my life that there’s no forgetting him or letting time heal my wounds.

I’ll never forget the day we met. I was fifteen and had just started volunteering at the shelter. I’d heard about him, but he was nothing like I thought he’d be. I was sure he’d show up in some fancy suit and just give out checks. I assumed this was a tax write-off for him. They said he funded the whole place, and I was shocked when I watched him take off his suit jacket and roll up his sleeves. He worked just as hard as everyone else and I felt guilty that I had him pegged all wrong.