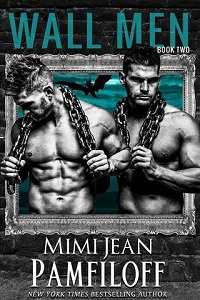 “No, Alwar. I won’t do it. You’re out of your mind.” I stare defiantly at the king of giants through the strange window. From where I’m standing, it looks like I’m talking to a moving painting mounted to the wall in my grandmother’s attic.

Really, the painting is a window into another world. A world filled with giants, vampires, dragons, and all the creatures found in fairy tales. Except these creatures aren’t cute and cuddly. They’re monsters. Hungry, cruel, meat-eating monsters. And most of them would like nothing more than to come here to our world and gobble up us humans.

“No is a pretty simple word,” I reply.

Alwar’s sapphire-blue eyes narrow. “You will do as you are told, Lake Norfolk, or—”

“Or what?” I snap. “Are you going to come over here and spank me? Maybe make me drink more of that nasty Flier nectar.” There’s nothing in the world that could make me succumb to either. I don’t care if Alwar is fifty feet tall. I won’t ever let him lay a finger on me. As for drinking Flier nectar—aka dragon semen—again, I’d rather die of starvation. Monsterland food is vile. They will literally eat anything.

“If I could cross over,” he growls, “I would be shoving my fist up your—”

“Enough!” Gabrio, with his flowing golden hair, steps between me and the window. Gabrio, who was once Alwar’s right hand in Monsterland, is now here with me—a fact he’s probably not so happy about. Especially because the journey made him human size, the mechanics of which are still a mystery.

“Do not enough me, Gabrio,” Alwar warns.

“Sir, she is human. She does not respond to threats. If you wish her to consider your proposal, you must speak her language.”

Through the distortion of the window, I watch Alwar’s face contort like that of a man who’s swallowed a bee. I sort of want to laugh. Except this isn’t funny. This Wall Man, this angry giant warlord, actually wants me to marry him.

“Forget it,” I say to Gabrio. “I don’t care how nicely Alwar asks, I’m not going to be his wife.”

Alwar growls, “Name one good reason not to wed me.”

“Name one good reason to!” Off the top of my head, I can think of several objections. For starters, I would like to marry a man who loves me. Also, there’s a bit of a size difference that would make sex difficult, considering my entire body is probably the same size as his cock. No way to sugarcoat that one. Finally, I’m guessing marriage would require me to live in Monsterland, and I hate their world. I’m not talking dislike, I’m talking hate-hate. It’s the most barbaric, violent place I’ve ever seen.

“I am out of options, Lake,” Alwar argues. “This is the only way to defeat the Blood King and keep your world from being devoured alive.”

I turn and look up at Gabrio, taking in the finer details of his elegant, masculine face—the high cheekbones, the golden eyelashes that match his long blond hair, and the pillowy lips framed by a golden-brown beard. “I trust you. So if you can honestly say I should marry Alwar, then I’ll consider it.”

Gabrio blinks his emerald-green eyes at me. “Alwar’s suggestion could turn the tide of the war; however, you should be the strong Norfolk woman you were born to be and decide for yourself.”

“What! What talk is this?” Alwar protests.

“She asked. I answered,” Gabrio replies. “Marriage is a lifelong vow. There is no such thing as divorce. Not for you or her. It cannot be undone except through death.”

“You think I do not know this?” Alwar roars, and the two start bickering through the window.

Meanwhile, all I can think about is the big picture. Alwar is trying to prevent the wall standing between my world and theirs from falling. If it does, all bets are off. That wall houses the bridges, which are the only way to get here. The bridges act as a stopgap for any monsters who attempt to get through. They filter out “monster genes”—thus the reason Gabrio is human size now. But if the wall is destroyed, we lose the bridges, and all the hungry creatures of Monsterland will cross over—full size. It would take them a month to wipe us out. Maybe less. There are ten trillion of them and only seven billion of us.

“Okay. If marrying you will keep my world safe, I’ll do it,” I say.

Both men look at me.

“But,” Gabrio objects, “you don’t understand.”

“Understand what? That I’m agreeing to do whatever’s necessary to keep the wall safe because I can’t stand the thought of trolls or Skins or Blood People coming here and eating babies, pregnant women, old people, young people, all the damned people?”