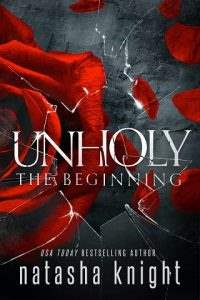 The nightlight blinks twice and goes out. I stare at it, waiting for it to come back on, willing it to, but it doesn’t.

I know I’m not the only ten-year-old who’s afraid of the dark, but tonight, the raging thunderstorm is too loud and if there’s one thing I know, it’s that thunderstorms bring bad things.

Lightning crashes, and something that looks too much like an old, bony finger taps against the glass of the window. I know it’s just a branch, but that constant tap-tap-tapping has me hugging the blanket closer.

I reach to switch on the lamp on the nightstand. It clicks, but nothing happens. I try again. Nothing.

The power’s out. That’s all. The lightning must have knocked it out. The house is old. It happens a lot with storms. I’ll just go and ask my nanny, Lisa, for a glass of water.

Hugging my stuffed rabbit, Sofia, I push the blanket off. I take a peek over the edge of the bed before sliding my legs over the side of it relieved when my toes graze the soft carpet, and nothing happens.

No monsters under the bed. I’m safe.

I stand and walk quietly toward my closed door, and just as I reach it, another blast of lightning sends a flash of bright light into my room. I gasp because I see the eyes of my dolls, bright and shiny and watching me like they’re living things.

Quickly I turn the doorknob, pull the door open, and rush out into the hallway.

They’re angry, the dolls. I don’t play with them anymore. I asked my father to put them away, but he won’t. Just like the other, empty bed in my room. He won’t change anything since that night.

“Lisa?” I say as I quietly open her bedroom door.

But when I peek inside, I see that her bed is still made. It hasn’t been slept in and she’s not here. Maybe it’s not as late as I think and she’s still downstairs.

I hug Sofia closer and tell her not to be afraid.

Using memory and my fingertips along the wall, I walk toward the stairs. I keep to the edge where the carpet doesn’t reach, and the hardwood floors are cold under my feet. When I get to the top of the stairs, I look down to the first floor. Colored light comes in from the stained glass of the double front doors, but otherwise, the house is dark.

I begin my descent down the stairs. I know where they creak, so I’m as quiet as a mouse. When I’m halfway down, I stand on the tips of my toes to peer over the bannister. Voices are coming from farther down the hall in my father’s study. It’s where he spends most of his time.

Lisa’s probably in there.

I continue down the rest of the stairs, still keeping quiet, but forget about the spot on the last step. When I put my foot down, the wood creaks too loud in this emptiness.

I freeze because something tells me I need to be quiet. I need to not be here. Biting my lip, I listen, waiting, but no one comes.

Those voices grow louder, though. And I don’t hear Lisa. I recognize my father as he speaks to another man. Someone I don’t know. I pass the kitchen, creeping down the hall toward the study.

“I lost, too,” my father says, sounding strange. I know from the tone of his words he’s talking about that night. He used to be different before then. Laughing. Always laughing. We were a happy family once.

“Not enough,” a man replies and the coldness in his voice makes me shudder.

I hear the sound of furniture being moved, a chair maybe, scraping against the polished wood, followed by a sob. I’d never heard my father cry before the accident, but I know the sound well now. I wish I didn’t.

“Leave her be,” he finally says after a silence that I think will last forever.

There’s a long silence, and I hold my breath so as not to make any sound.

“Are you willing to buy her childhood then?” the stranger finally asks.

“Well?” the man asks after a long minute.

I should do something. Call someone. Lisa. She’ll know what to do. But where is she?

Something squeaks, the sound of wheels? Like a bicycle inside the house. Scott always rode his bike inside even though he wasn’t allowed. He never got in trouble for it. No one ever got angry with my brother. Or when they did they didn’t stay angry.

“Please,” my father starts to speak, but his voice is muffled, and I can only make out the last words, “—a child.”

“Children grow into adults,” says the other man. “Get on with it.”