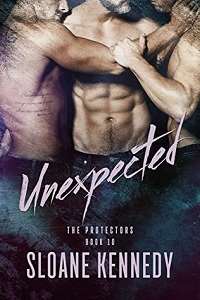 The silky-smooth voice slid through me like the finest whiskey and all I could do was stare at the large hand that was extended in my direction. I tried to draw in a gulp of air as I suddenly felt light-headed.

What the hell is happening to me?

I was dimly aware of the fact that we weren’t alone, but we might as well have been the last two people on earth – his hold on me was that absolute. I was inarguably the most powerful man in the world, but I couldn’t stop shaking and I was sure I was going to fucking pass out from the lack of oxygen.

God, he was beautiful.

There was just no other way to describe him.

God, right, because he was a fucking soldier.

In the military that I commanded.

And not just any solider, but my son’s commanding officer.

Oh, and of course, he was a goddamn man. What the ever-loving hell was wrong with me?

“The honor’s mine, Colonel St. James,” I somehow managed to get out as I reached for his hand.

And immediately regretted it.

Because that one touch – that sensation of his rough, warm skin sliding over mine answered every question I’d ever had about myself – every question I’d tried to sweep under the rug since I’d been a little boy and my mother had grabbed my arm in a painful hold and dragged me away from my own birthday party and into a darkened corner of the house after she’d caught me and my best friend, Joseph, holding hands after I’d blown out the candles on my cake. My mother had forced me to my knees right there in her sewing room and then she’d dropped to her own next to me and we’d done the only thing that she’d said could save me from eternal damnation.

My knees had hurt so badly I could barely climb to my feet by the time my father had come looking for us to ask why there were half a dozen twelve-year-olds running around the house unattended. I couldn’t remember what my mother had told him, but thankfully she hadn’t told him about Joseph.

Because my father’s response would have been so much more painful than bruised knees.

Joseph had gone away after that, but the feelings he’d stirred in me hadn’t. And no amount of prayer or my father’s heavy hand would have been able to make me forget the spark of energy that had flowed through me so strongly that I’d finally felt truly alive for the first time in my life.

The spark that had nothing on the current inferno of need that was pulsing just beneath the surface of my skin as the man held my hand in his, long after he should have released it.

Or maybe after I should have released his.

“Pierce,” was all the man said.

I couldn’t call him by his first name. I just couldn’t. But that was exactly what I did.

“Pierce,” I whispered. A small smile of satisfaction slid across his beautiful lips and my entire body went tight with desire.

Right there in the fucking hospital room where my twenty-one-year-old son was recovering from wounds he’d sustained in an insurgent ambush. My only saving grace was that Reese was asleep and my wife was off somewhere hassling the staff about our son’s room not being on the side of the hospital that overlooked the large man-made pond and nicely landscaped grounds.

But that didn’t mean we were alone.

I quickly dropped Pierce’s hand and glanced over my shoulder at my perpetual shadow, Grady.

William Grady was one of the Secret Service agents who’d been assigned to me shortly after I’d taken on the role of vice president. He’d been the only agent to transition to the team protecting me when I won the presidency eight years later.

Grady’s eyes weren’t actually on me and Pierce, but I knew that didn’t mean anything. The man was trained to see things even when he wasn’t looking. I knew that fact should freak me the fuck out, but for some reason it didn’t. Maybe because I knew Grady would take anything he knew about me – and he knew a lot – to the grave with him.

Or maybe it was because his presence meant I couldn’t do what I’d been trained to do practically from birth.

I returned my gaze to Pierce and then dropped my eyes to his hands, which he had pressed together in front of him.

“Everett,” I said without thinking as Pierce’s voice washed over me like the gentlest of caresses.

Fuck, what the hell? I couldn’t let him call me by my first name. It was beyond inappropriate. I was this man’s superior. There were rules to be followed…