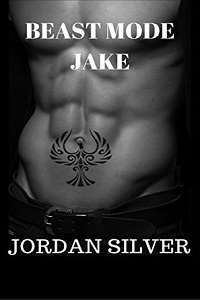 “Dana, would you bring me the briefs from this morning’s meeting please, thanks.” I sat back in my chair and contemplated my next move.

My latest merger was coming to a close and I was already feeling the urge. I always get this way at the end of a deal.

Going in, my excitement and morale is high, but once I’ve brought down my prey I always seem to lose interest.

That’s usually when I start searching for a new conquest, but lately it hasn’t been the same. There was something missing in my life.

Something that used to make the excitement that much better and I were afraid I knew what, or who that something was.

Dammit Jacob, you need to get over this shit, what’re you a glutton for punishment? Haven’t you had enough?

I hate that she can still do this to me. That no matter how much I try to convince myself that I’m over it, deep down inside the truth is a different matter.

There’s no way to hide from myself no matter what face I put on it. And why the hell am I thinking about her more and more often of late?

I’d got myself to the point where I could go for days without even remembering she existed. It had taken a lot of work sure, but I’d done it.

So why now? Why after months of successfully putting her out my mind was she back plaguing my ass? I don’t need this shit. And I certainly don’t need her.

It’s like when we were together. I always had a sixth sense where she was concerned. If she were sad or hurt, I’d feel it from wherever the hell I was.

I’d locked that shit off once she was no longer a part of my life, so why was it back now? Why now after I was finally beginning to see the light at the end of this long drawn out tunnel?

As if she had a sixth sense of her own or could scent blood from across town, my phone rang. I knew who it was before I looked at the readout on my phone. My whole body came alive and my heart picked up speed. Pissed me the fuck off.

It was weird that I still remembered the number even though it was no longer programmed in my phone. I hadn’t seen that number in months.

Not since the last time we sat across from each other in her attorney’s office and ironed out the final details of our divorce.

My ex-wife, Jillian is a pain in the fucking ass and I was well rid of her. I’d come to terms with that after the number she did on me.

So why can’t I move on and forget her? Why do I have this feeling in the pit of my gut at just the sight of her number?

Why is she and that part of my life my one great regret? There’s a part of me that refused to let go in the beginning, but I’d dealt with that shit long ago, or at least I thought I had.

In the beginning I used to tell myself that it was because I hate losing at anything. Our marriage had lasted two years before it went to shit.

As with most men, I had no idea there was anything wrong until I was served with the divorce papers and came home to find the house empty. She’d even taken my damn dog.

I’d fought her for the dog but gave her everything else she asked for. Something that seemed to piss her off even though the shit was her idea.

Once I’d gotten to the bottom of why she was doing that shit, and had given my side which had only fallen on deaf ears, I’d been too done to even care.

There’re only so many times a man can explain himself against the unexplainable after all. For a man like me, who prides myself on honesty and integrity, it was a hard blow to be accused by the woman I loved of something I consider only someone who’s lower than pond scum capable of.

At least I’d realized what a fucking nut she is and got out relatively unscathed after only two years of wasting my fucking time.

I’d signed off on her and the marriage and refused to look back, even though those first few weeks without her were hell.

Because of my long hours the last few months of our marriage, I hardly got to see her in the weeks leading up to being served, but I never once expected it.

The shit came totally out of left field. It was the last thing I expected, especially when I’d been planning a long trip away to make up for being too busy lately. But then again that’s the way my scatterbrained ex does things.

She flies off the handle at the slightest provocation and half the time the shit is only in her fucked up imagination.