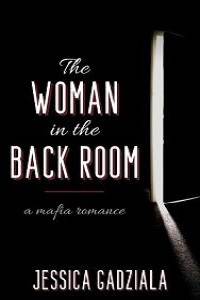 The brownstone was always busy these days. What with taking over after my father as the Capo dei Capi—boss of all bosses—and the power struggles, loyalties, and disloyalty that came with such a big change. Add on the constant renovations. And the place was overrun most of the day.

"That's not acceptable, Emilio," I said, sighing as I looked over the proposal from the Morellis—one of the big Five Families in the city.

The Morellis usually played nice, did the right thing, didn't fight me on too much shit. To be fair, I'd been pushing them and the D'onofrio families more since the Lombardi and Esposito families were giving me as much fucking grief as possible.

I expected the Morellis to comply without fighting.

I should have known better.

We all had our own business plans. They didn't want theirs upset. I got that. I was willing to compromise to keep the peace. But I wasn't going to take scraps from them, either.

"I'll talk to Gio," Emilio said, taking the paper back. "He can reason with his old man about it. It's not like the brick-laying business is ever not in demand, not with how much white shit those investor types shovel up their noses," he said, putting the paper in his jean pocket.

"Nice belt buckle," my mother said as she breezed into the kitchen, going straight for the coffee pot.

She lived at my old penthouse, but spent just as much time in the brownstone as she did there, wanting to be close to the family she'd been kept away from for so many years.

"Thanks, I..." Emilio started, trailing off when the front door burst open, cracking against the wall it was thrown open with so much force. "What the fuck," he said, eyes widening, back straightening.

Before I could even get to my feet to see who he was looking at, my brother was standing in the doorway to the kitchen.

And Santi was completely fucking covered in blood.

"What happened?" I asked, getting to my feet.

"I want back in, do you hear me?" he asked, practically shaking. I couldn't tell if it was rage or shock or both.

"Whose blood is that?" Emilio asked.

"I want back into this Family, Enz," he said, eyes so fierce that there was no way to deny him.

The casket had been in the ground for a week.

I was acutely aware of the fact that both my brother and my mother couldn't quite wrap their heads around the rage I'd been feeling for the past two weeks.

We'd been legally separated for over a year. We hadn't been romantically involved for, fuck, two years before that.

For chrissakes, she'd been involved with someone else for months. I'd been too busy with work to date, but I was free to do the same. We'd been biding our time for the divorce.

I wasn't furious because someone killed the love of my life. Far from it. We'd married because of an accidental pregnancy when we were practically kids ourselves. We'd tried and failed to make it work for years after that.

But not for myself.

She'd only been my wife by technicality because we were trying to transition toward divorce in a slow way that wasn't going to be too upsetting.

I was heartbroken for him.

For the loss he was experiencing.

For the future he'd have that would no longer have his mother in it.

"Ottavio, bud, come out," I demanded, knocking on his door for the third time that morning.

I was trying to give him some space for his grief. I knew he had mixed messages in his life about emotions. His mother had always encouraged the healthy expression of them, while my family was, by necessity, the stiff-upper-lip sort.

He'd cried on my shoulder when I'd needed to give him the news, after Lorenzo practically dragged me upstairs in our childhood home to force me to shower and change, get the blood off of me.

He'd cried beside me at the church, then the gravesite.

But ever since then, he'd been shutting me out.

Some mornings, I could tell he'd cried himself to sleep from the puffy eyes across the breakfast table. But when I asked him about it, he shrugged, he said he was fine, he told me he didn't want to talk about it.

I wasn't good with the soft stuff.

That was where his mother had shined.

Brit had been the one he went to with all his kid troubles, with all his scrapes and bruises—both physical and emotional.

That was what moms did, right?

They gave their kids a soft place to land.

But because she handled that in the past, Ottavio was having a rough time accepting it from me.

And, to be fair, I wasn't as soft as Brit. I hadn't been raised that way. The life I'd been in until I opted out at eighteen to start my family had been rough and dark and ugly. My own father was a monster among men. My mother had been absent. I had no examples of how to be open and comforting.