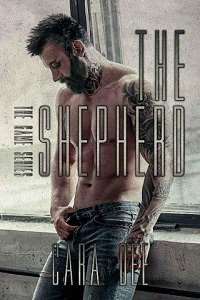 “I’m not letting you aim at a single duck tonight, Unc.”

I barked out a laugh and hauled the last trash bag filled with stuffed animals over the counter. “That’s what I get for helpin’ out, a ban from the shooting gallery?”

Besides, how was he gonna stop me? He wasn’t assigned to a trailer.

“Oh, not just the shooting gallery. The whole Game Row.” Kaden threw out an arm and gestured to the twenty or so trailers that were a couple hours away from opening up for a carnival night. The first of three days. “In every trailer you can win something, I’ll put up your photo so they know to send you away.”

I supposed I should feel flattered. “Consider my ego stroked, kiddo.”

“That wasn’t a compliment!”

Sure it was. He felt threatened by my amazing skills at winning teddy bears and erasers at fairs.

“What the hell? I’m not giving her grief.” He started stocking the prizes along the back wall.

“That’s not what your dad told me,” I replied. “He says you barely call her.”

Which ended up being my brother’s fault. It was through our business he’d helped Kaden and a few of his friends get summer jobs with the carnival. The kids got to travel around the Northeast for six weeks. They worked daytime to prepare; they worked nighttime as cleanup crew.

“I call her almost every day!” my nephew said defensively.

“So you admit it,” I stated. “Almost every day—when you know damn well it has to be every day. Scrap the almost.”

Kaden groaned and opened a new plastic bag full of shit prizes. “Is this how it’s gonna be for the rest of summer? My uncles popping up at every stop to remind me to call Ma?”

“If you need that many reminders, I’ll start worryin’.” But yeah, that was the gist of it. We had contracts with most of the food vendors and would be delivering supplies to the carnival whenever they landed within two hours of one of our branches. This week and the next, the carnival was traveling around Maryland and Virginia, and that was my territory. Mine and Ben’s, my younger brother. We had our branch in Fairfax outside of DC, and our other brothers worked our New York-Jersey branch.

“Attaboy. I’ll be back tonight with my buddy to win all the prizes.”

“You know, maybe you should call Grandma more often,” Kaden shot back. “Since you hardly ever visit Brooklyn anymore.”

I snorted. “Nice try, but I talk to my mother every morning on the way to work.”

He hadn’t seen that coming. “Do you really?”

“Yeah. Let that inspire you. Your ma already puts up with too much shit.”

Kaden muttered to himself and went back to unloading prizes, and I wrapped things up. I had to go home and shower before I got my reunion with an old childhood friend.

“Uncle Greer!” Kaden hollered when I was some twenty feet away.

“Can my friends and I crash at your house?”

“You never have to ask, kid.” I gave a two-finger wave before I turned around again. I couldn’t imagine the motels they stayed at on the road were much to write home about, and since they were in Winchester this weekend, of course they could crash with me. I lived ten minutes outside of town and had plenty of space. If I wasn’t mistaken, Kaden had three friends who’d landed the same gig.

On my way to my truck, I texted Ben to let him know I’d completed all the deliveries to the carnival for the day.

Summers were good. Carnivals, fairs, and festivals drew large crowds of hungry people, and we supplied food vendors with whatever they needed, from napkins and straws to soda fountains and alcohol.

Ben texted back, saying he was gonna prepare tomorrow’s deliveries before he called it a day. I was calling it a day right now. Usually, I’d return to our warehouse in Fairfax to get changed and switch out the company vehicle for my own truck, but I was so close to home now. Paying for gas wasn’t that fun.

I didn’t linger at home for long. I took a run around the grounds with my dogs, I checked in with my closest neighbor, Rebecca, mainly to give her daughter her weekly salary for taking care of my pups while I worked, and then I showered and got ready to leave again.

Angelo had landed at Dulles.

It was gonna be fucking nice to see him again. It’d been too long. Hell, at least six or seven years. But that was the nature of our friendship. He was from Chicago, and we’d met as two scrawny thirteen-year-olds in Chesapeake Bay, where our grandparents had had vacation homes. For three weeks every summer, I’d abandoned my brothers to rule the world with Angelo. We’d stayed in touch ever since, albeit sporadically when our busy lives allowed it. These days, he worked all over the place—London, Rome, New York, Hong Kong…