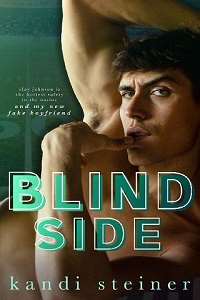 It was on the most beautiful day that I fell victim to Clay Johnson’s post-breakup meltdown.

The summer sun was high and bright in the sky, warm on my skin as I bounced across the North Boston University football field with my iPad in tow, checking off the list of players I needed to pull over for interviews after the first day of fall camp. Fall was whispering on the cool breeze, the faint scent of apples and fresh turf promising another exciting year for the NBU Rebels.

This time last year, I had been an anxious mess — not that I didn’t still shake like a leaf any time I tried to order a six-foot-three football player around. But now, I at least had the mediocre confidence of having an internship under my belt, of being hired on part time as the team’s Public Relations Assistant Coordinator.

This was my team, my year to shine, and my time to step out of the shadows.

My caramel curls bounced as I swept across the field, tapping shoulders of the players I needed and directing them where to go. I only blushed three times, and I managed to speak just above mouse-level and keep eye contact with all of them.

I’d earned my spot here, just like these players would fight for their spots on the team this season.

Confidence, I hoped, would come with time.

I smiled when I saw a request for Clay Johnson on my list, one of the easiest players to coach in the art of media relations. He was a natural, goofy and charismatic, and yet somehow eloquent and refined in his responses. He spoke on camera like he was a thirty-two-year-old professional rather than a nineteen-year-old student athlete, and he was nice to me — respectful, attentive. In fact, he was usually the one who would sock the other players in the arm to make them pay attention to me if my soft request for them to follow me didn’t work.

Plus, he was the definition of man candy, and was absolutely irresistible no matter what gender or sexual orientation one identified with.

I spotted him easily among the sea of players, not just because of his height, but because he’d already stripped his practice jersey off and his muscles were gleaming in the New England sun. I tried my best not to drool over the smooth hills of his abdomen, not to trace the beads of sweat as they slicked over the swell of his pecs and ran down the length of him. Those broad shoulders were tan and tight, traps otherworldly, like he was an MMA fighter instead of a college safety.

It was only twenty seconds or so, the amount of time I allowed myself to marvel at the cutting edge of his jaw, the sharp bridge of his nose, the damp mop of coffee-brown hair that he absentmindedly ran a hand through. That motion had his bicep involuntarily flexing, and a flash of the cover of my current mafia romance read assaulted me at the sight.

I could picture it, Clay Johnson strangling a man with his bare hands, holding him off the ground with those biceps bulging, severe eyes promising death to the punk unless he told Clay what he needed to know.

A blink, and I was back on the field, professional as I approached him.

“Clay,” I said, though I knew it was too quiet, especially when the guys around him broke out in a fit of laughter over something.

I smiled, tucking a wild curl behind one ear before I spoke up.

His whetted green eyes snapped to mine, effectively stealing my next breath with the gesture. Where those eyes were usually warm and crinkled at the edges, outlined in gold and underlined with a wide, infectious smile, today they were… lifeless.

Before he had the chance to respond, I was swept off my feet in a sweaty hug from behind.

“Giana! My girl. Don’t you mean it’s me you’re looking for?”

Leo Hernandez spun me around, and I knew better than to fight him. I simply waited until my feet were back on the ground before readjusting my glasses up the bridge my nose.

“You’ll get your time in the spotlight, Leo. Don’t worry.”

Leo Hernandez was a too-sexy-for-his-own-good running back, and a certified pain in my ass. It wasn’t that he was bad on camera — quite the contrary, actually. It was his extracurricular activities off the field that kept me busy. The boy wouldn’t know how to say no to a gorgeous blonde and a late night out, even if there was an NFL contract and a five-million-dollar signing bonus in the mix.

When I turned back to Clay, it was just in time to watch him as he brushed past me on his way to the locker room.