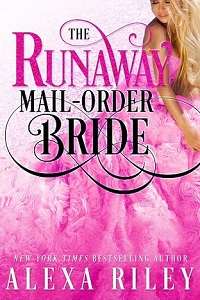 I wring my hands together as I wait for Bebe to get here. I know I’ve only been here for a few minutes but it feels like forever. It’s always does when I stay in one place too long. Irrational thoughts begin to flood my mind and all I can think is the more I stand still, the closer he gets to me. I clench the bag on my arm. It’s filled to the brim with all I could carry, and the weight of it is starting to make my shoulder ache.

“Will!” I turn to see Bebe running toward me. She almost knocks me over when she wraps me in a warm, tight hug. I want to cry as I do the same, knowing this might be the last time I see my best friend for a very long time. If ever again. Who knows how long he’ll chase me.

Bebe and I haven’t gone a day without talking since her family moved next door to mine in the second grade.

“God, I’ve been so worried.” I hear the tremble in her voice and I hate that I have brought this nightmare into her life. “I want to kill him.” She squeezes me even tighter.

We hold each other for a second, and then I look around as I cling to her. “Are you sure you weren’t followed?”

“Promise. I snuck out the side door when I left work today and took the bus instead of my car.”

I let out a sigh of relief at her words. I’m so close to getting away that I can almost taste it. I just didn’t expect it to be bittersweet.

I pull back and look at her. Her blue eyes are watering and I know she’s fighting tears and doesn’t want to upset me. I’m doing the same thing, though I’m not sure I have any tears left in me. I’ve cried them all out this past week on cheap rent-by-the-hour hotel room pillows. They’re the only places that will let me rent a room without asking for ID.

“How are my mom and dad doing?” I ask. Guilt weighs heavy inside me at the thought. My dad lost his job because of me.

“They’re fine, Willow. Your dad got unemployment and I’m sure he’ll find work soon. You know that doesn’t even matter. They only worry about you.”

I nod, knowing she’s right, but it still hurts. “Has he bothered you any more?” I ask, and wait. She hesitates for a moment. “Bebe.” I grab her hand and squeeze it. “Tell me. I need to know,” I plead with her.

She licks her lips before sighing heavily. “Yeah, he pulled me over last night on my way home. Asked where you were. I told him I didn’t know, because I didn’t.” Her last words are laced with irritation. I didn’t tell anyone where I was. I thought the fewer people who knew, the better. That maybe he’d leave my friends and family alone, but it isn’t working.

He seems to be growing madder each day that he can’t find me. The downside to that is I’m quickly running out of money. I drained all my accounts and maxed out my credit cards to get out as much money as I could. This is my last hope. It’s my final play, and it has to work or I fear I’ll fall into his hands. Or worse, I’ll hand myself over so he’ll leave the people I love alone. My family would fight that, but that’s not what I want. They’d fight so hard they’d end up getting hurt in the process. It’s best I leave. He has to know I’m gone so he’ll leave them be.

“What else?” I push, wanting more. I can tell there’s more with how she’s shifting on her feet.

“He said young girls like me shouldn’t be out late at night on their own. Terrible things could happen to them.”

I close my eyes. Yeah, I know what kind of terrible things Ben is capable of. I seem to be the only one, though. Bebe and my family know only because no one believed me when I tried to report him. Everyone loves Sheriff Bennett Campton. So much so that when I told my story everyone turned a blind eye. In fact, they thought I was a liar who was trying to get back at Ben after he dumped me. I still can’t believe I dated him for a month before I saw who he really was—the man who hides behind his badge.

I was like the rest of them, too, at first. I worked at the daycare down the street from the police station. It was where all the police officers brought their kids. Sheriff Bennett came around a lot because he knew all the men. The police force was like a family.