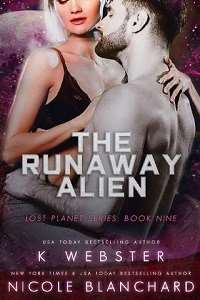 Day of the Kevins’ Attack

A few solars before Avrell arrives…

If I don’t put distance between Breccan and me, I’m going to knock his nog right off his shoulders.

How dare he keep all that food and seedlings and supplies hostage when we nearly rekking died from starvation? I despaired one revolution in the command center over how we would feed the morts and he let me think the worst. Allowed me to feel as though we had no hope.

We had everything down there.

My respect for my commander is at a dangerous low.

I need to leave.

As soon as the idea pops into my nog, I can’t unthink it. I want to pack up and walk away. Take some time away from these people—these morts and their happy mates and adorable mortlings. It’s too much. The familiar rage that always simmers below my surface hisses and burns, threatening to spill over.

The morts are busy herding the females and mortlings into The Reserves, but I couldn’t participate. I’ve been pacing the command center, wondering just what I should do to expel this anger.

If Avrell and the others at Exilium weren’t planning to head this way, I’d go in that direction just for a change of scenery. But, if I go there, I’ll be all alone.

Maybe that’s what I need.

“Come in…Can…hear me?” a female calls out.

I storm over to the comms. “Zoe? Is everything okay?”

“Not…Zoe…” Static crackles along the lines. “Speak to human.”

Annoyance rises inside me. “They’re hiding from the impending Kevin attack, so all you have is me. Whether you like it or not, I’m going to be the one helping you. Now, where are you? Who is this?”

“You’re close. What can you see around you so I can find you?”

Lake Acido is the closest one and there’s a mountain on the other side that I can see from the Facility.

Stella. They thought she and her son were dead.

A loud, familiar roar rasps through the line, making both Stella and Henry scream.

They’re trapped in a cave and those hungry rekking beasts are going to get them.

Without wasting a second, I rush through the Facility, throw on my zu-gear, grab some weapons and my pack, and rush out the door. The loud sound of ships arriving above bringing an army of Kevins is the least of my worries.

Stella and Henry need me.

Breccan will think I abandoned them, and maybe in a way, I’m eager to do this mission because I’m angry with him. It doesn’t matter, though. All that matters are the two very frightened aliens who will become a sabrevipe meal soon if I don’t save them.

Sabrevipes are relentless creatures. They’ll pursue them until they succeed.

I just can’t let that happen.

“My tummy hurts,” Henry whimpers. His dirt-smudged hands clutch at his pitifully small belly. The welts on his arms make my brows furrow. He’d been stung by something—a bee, maybe?—and had been covered in welts ever since. Could the fever be related?

I push a lock of hair away from his forehead and frown. He’s warm and I don’t think it’s from how muggy these caves are. It’s been days since we’ve found food. We’re both dirty, tired, and starving. Our reserves of water are running dangerously low. I’d seen the Facility in the distance and turned to the caves instead, wanting to keep space between us and the aliens.

“I know, sweetheart. I’ll find something for us to eat soon.” I pull out a water bottle. I thought I’d packed enough to last us for weeks, but it goes faster than I calculated. Somehow, nothing in my life has gone as calculated, despite my best efforts. The only thing I seem to be capable of doing well is screwing up. “Here, drink some of this.”

He takes a few sips before making a face and pushing it away. His eyes shutter closed, and he shivers against me. He’s so small, so fragile and perfect. Will I have gone through hell to save him, only to lose him because of my mistakes?

My heart breaks and I force myself not to react to his words. Sweet boy, you deserve so much better than the hand you’ve been dealt. “We can’t go back. You know that. We’ll find a new home, I promise. Sleep, sweetheart. You’ll feel better when you wake up.”

Sweet agony claws at my chest. That he could consider that prison home is a testament to his resilience—and my failure. No child should have had to grow up the way Henry did. Without wide-open spaces to run free, other children to play with or a family to keep them safe. Instead, he had me and an eight-by-eight cell for the majority of his short, dismal life. When we first slipped away from the prison, he’d been awestruck by everything. It didn’t even scare him that we were deep underground on an alien planet. Nothing seemed to scare him, meanwhile everything scares me.