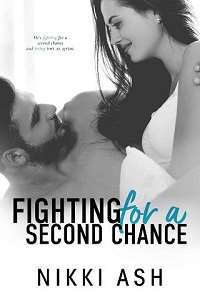 As I sit in the auditorium of my high school surrounded by three hundred of my fellow classmates I’ve gone to school with my entire life, I look through the sea of maroon and white caps and gowns in search of her. I finally lock eyes with Kayla, the best friend a girl could ever ask for.

How we became best friends is anybody’s guess since we’re polar opposites in every way. While she has naturally blond hair that is long and pin straight, I have mousy-brown, wavy hair that spirals halfway down my back. She has striking blue eyes to my boring light brown. Her pale skin looks like she has never stepped foot on a beach despite living in Florida and surfing the waves her entire life. My skin is naturally a caramel brown even though I can’t stand the beach in spite of living so close to it all my life.

Where Kayla is outgoing and always the life of the party, I’m soft spoken and reserved. We’ve both been cheerleaders for our local high school for the last four years, but I’m only one because Kayla begged me to try out and I gave in, afraid of losing my best friend to the popular crowd. She made team captain, so it was a given I would be on the squad as well.

I truly enjoy school, and while reading is my favorite pastime, Kayla spends her evenings partying it up and the mornings copying my notes.

When our eyes lock, I smile at her and she smirks back. Words don’t have to be spoken to know what we’re thinking. After being inseparable for the last thirteen years, we can practically read each other’s minds without saying a word.

In about four more hours we’ll be on our way to Miami Beach to party it up for the next seven days, courtesy of my parents as a graduation gift. Now, I’m far from a partier, but even I’m excited to spend a week in South Beach. I might be a bookworm, but I’m still a teenager.

The principal begins to call us up by last name and I’m one of the first people to step across the stage since my last name is Browning. As I walk across the stage, I hear Kayla holler my name at the top of her lungs. “Go Liz!” she yells. I also hear my parents and brother cheering me on.

I smile wide and stop at the end of the stage, so the photographer can snap my picture. I’m extremely excited to finally be done with high school and ready to begin my journey as a college student in a few short weeks at the University of Las Vegas. Kayla and I will be going to the same college and living together just off campus. I was accepted to ULV on a full academic scholarship to major in business and accounting. Yep, not only am I a book nerd, but I also love math and I’m really good with numbers. I have no idea what I want to do with the numbers yet, but I know I want to spend my days with them and my nights with a good book.

Kayla’s parents are just so happy she’s actually going to college, they’ve insisted on paying her tuition as well as our rent while we’re there. She has no idea what she plans to study, but I don’t think they care as long as she goes. Since my parents are so thankful to Kayla’s for paying the rent since my scholarship doesn’t cover room and board, they’re paying for Kayla and me to go away for a week before we head to college.

I’m excited to do some shopping and lounge by the pool with my latest romance novel on my iPad. Kayla has bookmarked and sent me every hot spot imaginable she insists we must check out. That girl would seriously have us partying twenty-four hours a day if it were possible. I’m hoping she’ll get completely partied out and pass out, allowing me to sneak out and do some serious reading by the pool. With the stress of finals behind me, I have too many books calling my name.

The principal announces Kayla’s name and just about the entire auditorium of students cheer. I wasn’t kidding when I said she is the life of the party. I don’t think there’s a single person here who isn’t friends with her.

She walks across the stage and when she gets to the end, where the photographer is waiting, she raises her fist and yells, “Yeah, baby!”

Everybody can’t help but laugh at her enthusiasm. When Kayla smiles and laughs, you have no choice but to join in.

What feels like several hours later, everybody’s names have been called and the principal congratulates the graduating class. Throwing our caps high into the air, we all celebrate our freedom. We are officially high school graduates. I find Kayla, and we make our way to our parents who are waiting just outside the auditorium. After taking several pictures by ourselves, with each other, with our parents, and with our brothers, who are good friends and will be sophomores next year, we make our way to the exit to go out to dinner to celebrate.