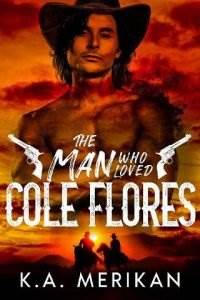 The buzz of flies became more intense with every step of Ned’s horse, but it was the stench that alerted him to the presence of vultures before he could even hear their grunts and hisses. The cool morning air hadn’t given him a chill before, but now shivers crawled up his back like dozens of spiders with legs of ice.

His mount made a couple more steps down the road, and from behind dense pines emerged the brown bulk of a stagecoach. Tipped to its side like a drunkard after one too many, with one wheel laying several feet away, it presented a sorry sight, but Ned clenched his jaw when he didn’t see any dead horses. It meant the vultures were here for something else, and he could only hope they were feasting on a dead mountain lion.

He sped up with his heart rising in his throat despite his whole body telling him to turn away, because the stench combined with the intensifying buzz spoke of death. He pulled his bandana over his nose and rode toward the carnage.

A man’s legs emerged from behind the vehicle, but with three vultures dipping their naked heads over his torso, Ned couldn’t see much of the poor bastard. The brown wall of the stage had been torn by bullets and in the middle of the road lay luggage—scattered and torn open as if someone had been hastily looking through each and every piece.

Above Ned, the trees hummed, bringing fresh air, but the stench of death was impossible to ignore when he spotted two more bodies offering the vultures a free meal. With his blood cold, he got off his horse, hoping at least that these people had been newcomers, not anyone he knew.

“Shoo!” he yelled at the birds and swung at them with his shotgun. Whoever had done this would be far away by now, but it still unnerved him that bandits lurked so close to his home.

The vultures grunted at him, but knew their place in the pecking order and reluctantly flew a few feet away to await the rest of their meal. Their massive wings sent a gust of dirt and flies Ned’s way in an act of defiance, but all the hairs on Ned’s body bristled when the man they’d been congregating around raised a trembling hand and moaned.

Ned dropped to his knees by the stranger’s side, but the elderly man’s face had already been pecked at, and his eye sockets were minced meat sprinkled with insects. The birds had torn his clothes and nipped at the tender flesh between his legs too. This poor man couldn’t survive, yet Ned grabbed his hand tight, trying to communicate to the stranger that he wasn’t alone.

The shotgun burned Ned’s hand, because unless someone showed the old-timer mercy, he might suffer for hours, but Ned couldn’t find it in him to let go of the thin, bony fingers while naked gums that barely held any teeth moved in a plea for help.

Ned sweated under his shirt, powerless in the face of such impossible choices, but the fast thump of hooves had him looking up in time to spot a rider who approached at top speed. He tensed and let go of the man’s hand to grip the shotgun, but his shoulders fell when he recognized the sheriff.

“Mother, have mercy…” Gordon Pattison muttered, slowing down when he realized what happened. Ned might have been covering his face, but his mount, golden with white markings on its rear, would have been easy for the sheriff to recognize from afar.

“Looks like it happened hours ago,” Ned said, but flinched in surprise when the old man in the dirt found the strength to reach for Ned again, blindly grabbing his suspender. The button attaching the strap to the front of Ned’s pants snapped under the pressure, but before he could have said another word of comfort, Sheriff Pattison retrieved his gun and shot the suffering man dead.

The rocky hills of the valley carried the sharp sound of death, but as stiff as the smell of gunpowder made Ned, the lawman had done something he’d been too squeamish to do, even in the face of such needless suffering.

“Poor souls,” Pattison said, resting his hands on his hips as he took in the carnage. With a round face and a bit of a pot belly hanging above his belt, he didn’t appear dangerous, but the Beaver Springs sheriff had escorted many an outlaw to the end of a hemp rope and had proved himself brave in the war. For him, the life he’d just taken was only one of hundreds. He was a man of action while Ned was evidently still scared of pulling the trigger on anything that could talk back to him.