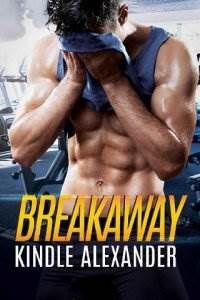 “I think I got it,” Ducky yelled over the mind-jarring, ear-bleeding volume of Denzel Curry’s insane cover of “Bulls on Parade.” Even though Dallas Reigns only stood a few feet away from his youngest brother, he had to concentrate on each word spoken to ensure he’d heard correctly. Since there was no way to be certain, and turning down the music was never an option, Dallas moved closer to where his software-manipulating brother sat working.

Ducky’s head bobbed in a controlled head-banging motion, keeping time with the angry rapper and the menacing sounds of the electric guitar. Ducky liked it loud. Usually the rap-metal music played on a loop in his headphones, but not today.

Ducky had mad skill behind the computer screen. Dallas was convinced his little brother had never come across a code he couldn’t understand or eventually break. The gibberish filling the monitor was as rhythmic to Ducky as the music he listened to. Even though he created greatness by manipulating the digital language, it was the process to that greatness that left something to be desired. Dallas bent over Ducky’s shoulder. He stayed far enough out of reach to avoid any potential head-butting. Ducky sang along with the fiercely polemical lyrics as if they rang true to the very meaning of his soul.

“Try it!” Ducky called out.

“Now?” Dallas questioned, yelling into the sudden silence when the song abruptly came to an end. He and Ducky both lifted their gazes to the ceiling at the loud banging from the apartment above. Dallas’s cell phone alarm chimed. If their neighbors were already home and his alarm was going off, it meant he only had an hour or so before his shift at Elite Total Gym began. “Text Donny.”

Hurriedly, Dallas took his seat on the wired stationary bicycle facing the equally circuited wall mirror turned into a monitor and began to pedal. He pushed the power button on the gaming controller that had been rewired and duct-taped to the handlebars. With each turn of the pedal, his hopes and dreams began to materialize. Their hastily crafted logo appeared in the center of the mirror. A grin pulled at his lips at the next sound.

“Hello, Dallas, would you like to begin a live or pre-recorded class?” The electronic greeting used his profile name, welcoming him to the session.

Dallas used the buttons on the game controller to accept the invitation. Since this was all coming together right in the moment, their business had no previously recorded classes available. In the next few seconds, his single image in the mirror became two, splitting the screen with another administrative profile. At the top was Donny, their oldest brother. Dallas’s profile shifted to the bottom. Donny’s Texas-size grin matched Dallas’s.

“This is sick! You did it, Duck.” Donny’s pedaling came to a stop and his image began to fade, requiring him to continuously turn the wheel to stay connected.

“It’s a work in progress,” Ducky admitted, coming to stand right beside Dallas, his image now in the mirror with theirs.

“It’ll work out. I need to get all these wires figured out, but we’re getting there,” Donny added.

“Hey.” Donny’s wife Cari came into view on top of Donny’s image. A first, having all three on the same screen.

Ducky’s excitement couldn’t be contained. He jumped up, giving an all-air fist pump. “I told you I could do it!”

“Yeah, you did.” Dallas pushed another button as the stats of each member appeared in the upper right corner of the mirror. The mini leaderboard was designed to be an instructor’s tool, listing every member’s placement once the classes began.

The next button on the controller cleared all the statistical information from the mirror, leaving behind their images on the split screen. In theory, the mirror could hold up to two hundred profiles with specific stats, allowing the instructor to assist those members who might fall behind or need encouragement to help finish the session. All members would have the ability to set their profiles to either public or private, giving the rider a choice on how much information they wanted to share with the world.

Dallas sat back on the seat, letting his arms dangle by his sides, keeping his feet moving in slow motion to keep everyone together. The impromptu Thanksgiving table brainstorming was somehow coming to fruition right before their eyes. Yes, they had a ways to go, but apparently, if a person had luck, talent, and time on their hands, dreams did come true. They were living theirs right now.

“We could eventually sell the mirrors,” Ducky said excitedly.

“Absolutely. Then we could sell bikes, row machines, interactive exercise mats,” Cari added, saying all the things Dallas had been too afraid to speak aloud.

“Right now, let’s just focus on the original plan,” Donny cut in. He always had a way of making sure their excitement remained tamed.