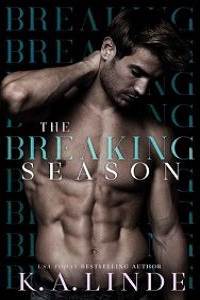 Today I was marrying a man I didn’t love.

And only my best friend, Lark, was waiting in the wings with me. Trying to talk me over the cliff. Not off it.

“Okay, this is what we’ll do.” Lark immediately went into planning mode. I was another project she had to fix. A fire she had to put out. I barely heard what else she said. Just the end. “Poof, runaway bride.”

I ran my hands down the front of my one-of-a-kind designer wedding dress. The bodice was strapless with a sweetheart neck. Made out of the softest, most delicate white lace with dozens of tiny white buttons running up the back. It swept down to my feet with an impressive train that flowed out behind me. A twenty-foot empire veil would be affixed to the intricate braided design at the top of my head. White. Perfect, virginal white.

“No wedding. No Camden,” Lark continued.

My eyes found hers in the mirror. “I can’t.”

“Physically, you are able.”

“But you don’t love him!” Lark gasped. “How can you do this when you don’t even like him? It can’t just be the money. We all have money. The crew has money. You can have mine. I don’t need it.”

I frowned. My dark red lips turning down at the corners. I’d lost the bet to Penn. I’d wagered a wedding date. I was here to deliver. But still, that wasn’t it.

“I don’t want to see you unhappy,” Lark told me.

I almost laughed. But I couldn’t even manage it.

Unhappy? I’d been unhappy for years. Happiness didn’t belong to a girl whose father had lied, cheated, and stolen everything from her. Who ended up in prison for securities fraud, destroying my mother, who hadn’t even been able to look at me for years. It certainly didn’t belong to a girl whose brother had abandoned them all at the first sign of trouble.

I wanted my old life back. The one before my father had been arrested for his enormous Ponzi scheme. The one when I’d had everything. When I had been on top of the world, and I hadn’t had to pretend to love or even like Camden Percy to build that future for myself.

It wasn’t as if Penn was going to suddenly change his mind, to go back to the boy I’d known who worshipped at my feet. I’d been so naive then, thinking he’d always come when I called. And now, he wasn’t here to save me. But to feed me to the wolves.

“You’re miserable. Camden makes you miserable. Katherine, please listen to me. We’ve all been saying it from the beginning. We know the kind of person that Camden is. You do, too. You shouldn’t subject yourself to his whims.”

She was right. Camden twisted me around his little finger. He fucked with my head. At least the sex was good. That was about all he had going for him other than the string of Percy hotels he owned.

“Why are you so set on this?” Lark asked.

I didn’t even know how to explain it to myself. It wasn’t just about security. I had the penthouse overlooking Central Park. I still had a dwindling trust fund that I could probably stretch if I had to. It was more than that. It was an arrangement. Something Camden and I had crafted together for our mutual benefit. As far as I was concerned, I was getting the better end of the deal, as he now knew exactly how little money I owned. We’d had to fork over tax and bank account information before signing prenups. It worked. We worked somehow… even when we hated each other.

“Maybe I don’t want to fail at one more thing.”

Lark sighed. “It wouldn’t be a failure. You deserve better.”

A knock sounded on the door, and the wedding planner, Virginia, burst in. “Time to go, Katherine. Are you ready?”

Lark shot big, round eyes at me, silently begging me to change my mind. But I couldn’t.

“Great. I have the veil. Let’s get you both in position.”

Lark and Virginia helped me from my pedestal and picked up the long train of my dress. We marched down the hallway and to the back of the church. Virginia tucked my veil into my hair and then moved to cover my face.

She shrugged and left my face uncovered. I wanted to face this down with clear eyes. Alone. As always.

The music started. Virginia hurried the bridesmaids out on cue. Lark shot me one last look of despair before stepping into the church in her dark red dress with a bouquet of white flowers.

“Okay, let them get all the way down, and then it’s your turn.” Virginia beamed at me. “Don’t forget to breathe.”