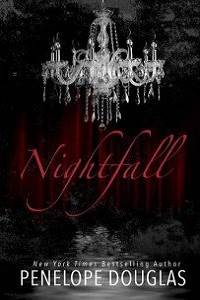 
“You need not be sorry for her. She was one of the kind that likes to grow up. In the end, she grew up of her own free will a day quicker than the other girls.”

It was faint, but I heard it.

Water. Like I was behind a waterfall, deep inside a cave.

What the hell was that?

I blinked my eyes, stirring from the heaviest sleep I think I’ve ever had. Jesus, I was tired.

My head rested on the softest pillow, and I moved my arm, brushing my hand over a cool, splendidly plush white comforter.

I patted my face, feeling my glasses missing. I rolled my eyes around me, confusion sinking in as I took in myself burrowed comfortably in the middle of a huge bed, my body taking up about as much room as a single M&M inside its package.

This wasn’t my bed.

I looked around the lavish bedroom—white, gold, crystal, and mirrors everywhere, palatial in its opulence like I’d never seen in person—and my breathing turned shallow as instant fear took over.

This wasn’t my room. Was I dreaming?

I pushed myself up, my head aching and every muscle tight like I’d been sleeping for a damn week.

I dropped my eyes, spotting my glasses folded and sitting on the bedside table. I grabbed them and slipped them on, taking inventory of my body first. I laid on top of the bed, still fully clothed in my black, skinny pants and a pullover white blouse that I’d dressed in this morning.

If it was still today, anyway.

My shoes were gone, but on instinct I peered over the side of the bed and saw my sneakers sitting there, perfectly positioned on a fancy white rug with gold filigree.

My pores cooled with sweat as I looked around the unfamiliar bedroom, and my brain wracked with what the hell was going on. Where was I?

I slid off the bed, my legs shaky as I stood up.

I’d been at the firm. Working on the blueprints for the DeWitt Museum. Byron and Elise had ordered take-out for lunch for themselves, I went out instead, and—I pinched the bridge of my nose, my head pounding—and then…

Ugh, I don’t know. What happened?

Spotting a door ahead of me, I didn’t even bother to look around the rest of the room or see where the two other doors led. I grabbed my shoes and stumbled for what I guessed was the way out, and stepped into a hallway, the cool marble floor soothing on my bare feet.

I still went down the list in my head, though.

I didn’t see anyone unusual.

I didn’t get any weird phone calls or packages. I didn’t...

I tried to swallow a few times, finally generating enough saliva. God, I was thirsty. And—a pang hit my stomach—hungry too. How long had I been out?

“Hello?” I called quietly but immediately regretted it.

Unless I’d had an aneurysm or developed selective amnesia, then I wasn’t here willingly.

But if I’d been taken or imprisoned, wouldn’t my door have been locked?

Bile stung my throat, every horror movie I’d ever seen playing various scenarios in my head.

I followed the sound, peering across the hallway, over the banister, to the other side of the upstairs where another hall of rooms sat. A figure lurked in a dark corridor, slowly stepping onto the landing.

“Who is that?” I inched forward just a hair, blinking against the sleep still weighing on my eyes.

It was a man, I thought. Button-down shirt, short hair.

Dinescu? As in, Dinescu Petroleum Corporation? It couldn’t be the same family.

I licked my lips, swallowing again. I really needed to find some water.

“Why am I not locked in my room?” he asked me, coming out of the darkness and stepping into the faint moonlight streaming through the windows.

He cocked his head, his hair disheveled and the tail of his wrinkled Oxford hanging out. “We’re not allowed around the women,” he said, sounding just as confused as me. “Are you with the doctor? Is he here?”

What the hell was he talking about? ‘We’re not allowed around the women.’ Did I hear that right? He sounded out of it, like he was on drugs or had been locked in a cell for the past fifteen years.

He took a step in my direction, and I took one backward, scrambling to get my shoes on as I hopped on one foot.

He closed his eyes, inhaling as he inched closer. “Jesus,” he panted. “It’s been a while since I smelled that.”

His eyes opened, and I noticed they were a piercing blue, even more striking under his mahogany hair.

I didn’t recognize this guy.

He slithered closer, almost animalistic in his movements with a predatory look on his face now that made the hairs on my arms stand up.