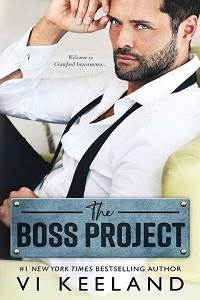 “I, uh, was eating cherries.” I looked down at my stained blouse and offered an apologetic smile. “When I’m nervous, I snack, and I passed a fruit stand that had Bing cherries. They’re my weakness. Though I realize now it wasn’t a good idea fifteen minutes before my interview.”

The woman’s forehead wrinkles deepened. To be fair, my shirt was speckled with more than one or two cherry stains. If there was any shot of saving this interview, I had to jump in and try to make her laugh with the truth.

“I dropped one cherry,” I continued. “It bounced and left red dots in three places before I could catch it. I tried to get the stain out in the ladies’ room. But this is silk, and it wouldn’t come out. So then I had the bright idea to make it look like a pattern. I had a few cherries left, so I bit them open and tried to replicate the marks.” I shook my head. “It didn’t work out too well, obviously, but my choices at that point were to go shopping for a clean shirt and be late for our interview, or try to pull it off as fashion. I thought it wouldn’t be that noticeable…” I sighed quietly. “Guess I was wrong.”

The woman cleared her throat. “Yes, well… Why don’t we get started with the interview, shall we?”

I forced a smile and folded my hands on my lap, even though it seemed like I already didn’t get the job. “That would be great.”

Twenty minutes later, I was back out on the street. At least she didn’t waste too much of my time. I could grab some more delicious cherries and still have time to stop at a store for a new shirt before my last interview of the week. That put a spring in my step.

After I stopped back by the fruit stand, I jumped on the subway. I’d grab a new shirt somewhere between the train station and my appointment.

But two stops into my trip, we screeched to an abrupt halt and didn’t move for the better part of an hour. The guy sitting across from me kept staring in my direction. At one point, I dug into my purse for something to fan myself with, because the train was really starting to get hot. He looked down at his phone and back up at me two or three times. I tried to ignore it, but suspected I knew exactly what was coming.