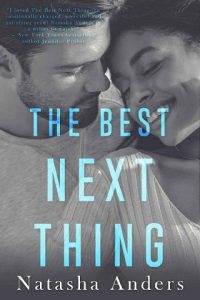 
The shroud of darkness was accompanied—as always—by a terrifying inevitability. Each excruciating exhalation left her with even less air in her lungs. And while she fought to breathe, he was right there, applying ever more pressure.

His sinister voice promised, “Tonight’s the night you die, Charity.”

The panic and helplessness were familiar companions as she clawed her way back to the light.

Charity awoke with a gasp and immediately kicked off the suffocating, restrictive bedcovers. Her nightgown was soaked through with sweat, her hair drenched, and she shivered uncontrollably. She swallowed down the small, distressed sounds coming from the back of her throat while she fought to regulate her breathing.

“Get yourself together.” She hated the woman she became every time she had this nightmare. “It’s over. You’re okay. You’re safe.”

She counted to ten, first in English, then in French and then—just for the hell of it—in Japanese, until she was sure she had a handle on her emotions. It was an odd quirk of hers; that ability to count to a hundred in several different languages, none of which she could actually speak or truly understand.

She got out of bed, dragged her nightgown over her head and dumped it on

the hardwood floor, before padding, naked, to the en suite. The sweat dried rapidly as the cold air hit her overheated flesh. She was still shivering uncontrollably as she stepped beneath the punishingly hot spray of her shower.

The nightmare would be back, maybe not tonight or tomorrow, but eventually.

That was what the doctor had ordered. Which was bullshit. Miles Henry Hollingsworth wasn’t a man who could sit on his arse and do nothing all day long. But his mother and sister had been concerned, and he knew that they would badger him endlessly if he didn’t take that prescribed “mental and physical” break. Miles was a bloody weakling when it came to denying the two most important women in his life.

Which was why he had finished any outstanding business and left his COO,

Bryan Yoshida, in charge of Hollingsworth Holdings Inc. Miles’s younger brother, a recently promoted junior exec, would assist Bryan. Hugh was eager to grow and learn, but Miles had been reluctant to give him more responsibility. Not because the young man was incompetent, but because Miles had a hard time ceding even the slightest control to anyone else. Bryan was Miles’s most trusted friend and colleague. The man would be a patient and wise mentor to Hugh.

Consequently, Miles had boarded the corporate jet and fourteen hours later, here he was, at his isolated holiday home on the Garden Route in the Western Cape of South Africa. It was after three in the morning, pouring with rain and colder than a witch’s tit, but the weather suited his mood. He could have followed the sun and gone to his villa on the Amalfi Coast, but the Western Cape in winter was exactly what he was looking for. He knew the nearby tourist town would be quiet at this time of year, and he would be alone but for the staff he kept on retainer.

The only individuals with whom he would have to interact would be Amos Moloi, the gardener; his driver, George Clark; and the dour live-in housekeeper, Mrs. Cole. The woman had worked and lived there for nearly three years, and nobody knew much about her other than she kept to herself for the most part, got her work done almost as if by magic, and excelled at wish fulfilment. No matter how crazy the request, Mrs. Cole could arrange it.

Recommended by his attorney, the woman was a gem, and Miles guarded her jealously. This house was more hers than his. She lived here full-time, while he visited once or twice—if he was lucky—a year. There really was no need to have her here all year round but for the fact that Miles was afraid he’d lose her to a better position if he offered her only part-time employment. He’d rather pay her handsomely and retain her services full-time than lose her. When he found someone he could trust to do a job the way he wanted it done, he’d move heaven and earth to secure their loyalty.

He had forgotten to let her know he was coming, but he had faith that Mrs. Cole wouldn’t miss a step. The house would be fully stocked and operational in no time at all.

God, he was exhausted.

His arrival to the house was quiet and there was no sign of Mrs. Cole when he disabled the alarm and stepped into the dark kitchen from the basement garage. While Miles thought nothing of waking her, he didn’t feel like interacting with anyone at the moment and wanted to avoid her till morning.