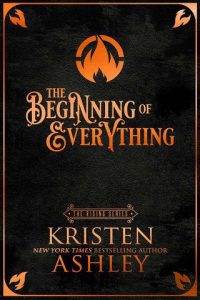 Once upon a time, in a parallel universe, there existed an abundance of beauty and riches on the continent of Triton.

Yet for millennia, the peoples within it knew nothing but mistrust and oppression and war.

Peace was not the destiny chosen by the rulers.

One cold night in Sky City, broken from centuries of exploitation, finding themselves without an alternate course, the women gathered their magicks and made the ultimate sacrifice.

They slayed the men who were their masters.

Leaving their sons and gathering their daughters, they fled the city and created The Enchantments of the Warrior Sisterhood of the Nadirii.

In the magical, green, sunny forest of The Enchantments, mighty trees charmed by their witches grew tall and strong, providing treehomes for the sisterhood of the skilled warriors of the Nadirii. The sisterhood welcomed all who beseeched their Enchantments to escape their oppressors and thus grew and thrived through loyalty and trust.

And earned the wrath of men who sought to collect them.

The rest of Triton grew fractured, splintering into different realms.

There were the sun-drenched dunes and mountains of the wealthy, wanton and barbarous southern region of Firenze whose mines of jewels, northern fields of spices and rare silk made them the richest nation of Triton.

And their riches were coveted by others.

Then there were the wet, fertile, wooded forests, dells and plains of the virtuous northwest region of Wodell, whose sheep produced the best wool on the planet, and whose crops and orchards fed the continent.

And whose people tired of war and chafed under a weak king.

Further, there were the black crags of the northern shores and the rolling fields inland of the cultured nation of Airen, producing olives and wine and the best leather and weapons on the continent.

And populated by men who had not learned.

And there was the island continent of Mar-el. Its barren shores of rock and beach forced its people to live by the sea and become fishermen, sailors…and pirates. But within its boundaries, there was a secret.

And its peoples remained removed from the rest by decree of their king.

Last, there was the Dome City. Known for its resplendent golden domes, the city-state was the place of the religion and practitioners of Go’Doan. The priests and their mysterious female acolytes held fast to three sacred missions: education, healing, and most of all, extending their beliefs.

Dissension, assassination, rebellion and conflict reigned across the continent of Triton.

And then there were those…

Those who would see the dominion of all in all lands, the peoples of the nations of Triton cowed to their whims and controlled by new masters.

And it was those who conspired to reawaken the Beast, a fearsome creature who wrought tragedy and devastation across the continent who had been vanquished centuries before.

Foreseeing this, a powerful coven of witches proclaimed the prophecy.

Triton’s four strongest warriors must wed its four most powerful witches, binding all nations together.

There is the quiet maiden, Silence, born of Wodell.

And the savage king, Mars, born of Firenze.

And the cold warrior, Cassius, born to Airen.

And the fierce witch, Elena, born to the Nadirii.

And the steadfast soldier, True, born to Wodell.

And the banished beauty, Farah, born to Firenze.

To make the crusading Ha-Lah his queen.

If these men and women could see beyond their differences of culture and history, pride, politics and pasts—and love could prevail—their strength and magicks would flourish…

Then, they could face The Rising.

And perhaps defeat the Beast.

The time has come.

He has been awakened…

And he is rising…

He stood removed from his four brothers as they did their work.

It wasn’t that he didn’t have the stomach for it.

Well, not this part of it.

The part that had just been completed however…

The part that meant the virgin staked naked to the dirt, arms wide overhead, legs spread-eagle, was virgin no more. The seed of four men flowed from her into the earth.

That part he had no stomach for.

It was the next part he rather enjoyed.

He was happy to note she’d long-since stopped screaming.

“Continue,” he commanded when one of the men who’d again donned his dark-gray robe turned his head the priest’s way for instructions.

This was when it happened. When the ritual set his blood to quickening. His skin heating.

It was when the men approached her with their daggers drawn, and when they’d gained their places, they fell to their knees.

She had it in her for but a mere whimper when the first blade slid into her left side at her waist.

And then out, the blood swelling from the wound, rippling toward the earth.

Another, slighter whimper when the other blade slid into her right side.

The next slid precisely, nicking her heart, causing an actual gasp.

And the next, her womb with an upward slice, and at that point, no sound at all.