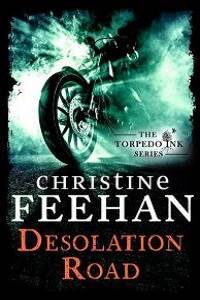 Aleksei “Absinthe” Solokov loved books. He loved the smell of them. The sight of them. The information in them. He especially loved the places he could go in them. Books had saved his life on more than one occasion. He’d originally come to this place needing the quiet and peace, needing the scent and the words. And once again, books had led him to find something so unexpected, so spectacular, he still hadn’t accepted the offering, the gift, not quite believing yet, but he couldn’t walk away.

He sat in his favorite place right in front of the tallest stacks. The table was smaller and less inviting due to the crowded space. He didn’t like being disturbed. He came to the library to get respite from the continual bombardment of other people’s thoughts and emotions. He could command with his voice, and sometimes the temptation to tell everyone to not think or speak for five minutes was brutally hard to resist. He needed to feel normal when he wasn’t. He wanted to see if he could fit in somewhere, but he knew he couldn’t. He needed to stand on his own, but it was impossible.

His small table, nearly hidden there beside the taller stacks, not only protected him from unwanted company but gave him a direct view to the desk where the librarian checked out books, recommended reads and sometimes—make that often—helped teens with their homework. He had been coming for over a month. Six weeks to be exact. And he just watched her. Like a fucking stalker. The librarian. She was so damn sexy he was shocked that the place wasn’t overrun with single men—because she was single. He’d made it his business to find out.

When he first came to the library, he hadn’t worn his colors. It was more to be anonymous than for any other reason—at least he told himself that. Sometimes, he just got a feeling. Whenever it happened, he acted on it, and he’d had that feeling—the one that often saved his life—so he’d removed his colors and gone into the library feeling a little naked without them.

He didn’t want to be noticed, although he was covered in tattoos and scars that couldn’t be seen beneath the tee that stretched tight across his chest. Just his sleeves showed, those tattoos that meant something to him but wouldn’t to anyone else. Memorials to his lost family and the children who hadn’t survived that nightmare he’d lived through.

Now, he still didn’t wear his colors for the same reason, although he felt a fraud, because he was Torpedo Ink. His club colors were tattooed onto his back, but it was more than that. His identity went beyond skin and sank right into bone. He knew with absolute certainty that he couldn’t live without his club, nor would he want to. Torpedo Ink was his identity. His life. His family—brothers and sisters—and their lives were bound together irrevocably.

They were woven together like an old tapestry, and nothing could take them apart, and yet, he felt as if he had betrayed them. Skulking away. The members rarely went off alone, certainly not daily for six weeks. And they didn’t go six weeks without wearing their colors. It wasn’t done. He might as well have gone naked. He didn’t know why he kept this place to himself …

He did though. It was the librarian. The little redhead. She moved like poetry. Flowing like words across the pages of a book. One moment she could be a lady in a historical, taking the hand of a gentleman and gracefully emerging from a carriage; the next, a modern-day woman striding down the busy street in a business suit with her briefcase. Or a sexy librarian dressed in a pencil-straight skirt that hugged her curves and gave him all kinds of very dirty and graphic thoughts, like bending her over that desk of hers when the rest of the world went away.

Still, that feeling of staying anonymous, of keeping his identity secret, so that no one had a clue what or who he was, persisted while he unraveled the mystery of the woman who ran the library so efficiently.

He was back. Oh. My God. The most gorgeous man in the entire world and he just walked in off the street like he owned the place. Like the library was his home and gorgeous men came in every single day. He was tall with broad shoulders and a thick chest and arms. Really great arms. Muscles. Really great muscles. Scarlet Foley spent a lot of time perving on his muscles. And all those delicious tattoos. Who knew she’d fall for tattoos when she’d never been all that fond of them?

He had thick blond hair, a lot of it, and it spilled across his forehead, making her fingers itch to smooth it back. His eyes were very different. Blue. But not. More crystal blue. But not. Like two really cool crystals. She couldn’t decide. When she wasn’t perving on his muscles or fixating on his fascinating mouth, she was definitely wondering how to describe his eyes, and she was really good with words as a rule.