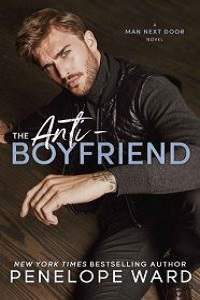 The sound of the bed creaking might as well have been nails on a chalkboard. My neighbor, Deacon, didn’t always have women over, but when he did—boy, he really had them over. Over him. Under him.

Tonight was the loudest one of all, and the noise always seemed to kick up just when I’d nod off. Once something woke me, it took a long time to fall asleep again. They tell mothers to sleep when your baby sleeps. Well, that’s not possible when the apartment next door is The Bachelor’s fantasy suite.

My daughter Sunny’s room was on the opposite side of our place, so thankfully, the noise coming from 5B didn’t wake her. But my room was right on the other side of the wall from Deacon’s bedroom. I heard the bed moving, and each and every sound of pleasure was clear as day—every excruciating moan, groan, and shriek. And as a bonus, I could feel the vibrations right behind my headboard. Sadly, this was the closest I’d come to getting action in over a year.

You’d think I’d have the balls to bang on the wall or something, but I felt like I didn’t have the right to interrupt. After all, he was a single guy living his best life in his own apartment; he was allowed to have sex. He couldn’t help it if the walls were thin.

It wouldn’t have been such a big deal if he were quick. But he had so much stamina! Like the Energizer Bunny of cock.

Did I mention that Deacon was hot as hell? I’d only met him a few times in passing, but it was hard not to stare at his sculpted face with its perfectly placed chin scruff over his angular jaw. Knowing what he looked like didn’t help this situation, because yes, I was annoyed, but imagining what was happening on the other side of the wall wasn’t exactly a hardship. The imagery itself was enough to keep me awake.

So there you have it, my pathetic situation.

Eventually, as always, it stopped. The banging and sounds of sex morphed into muffled laughter and talking.

As I tried once again to fall asleep, I vowed that the next time I ran into Deacon in the hallway, I’d gently make him aware of the situation. Surely he didn’t realize our beds were back to back, since he’d never been in my apartment. It would be an uncomfortable conversation, but it had to happen. I needed my sleep. I wasn’t working at the moment, but taking care of my six-month-old daughter was a full-time job.

Sunny was the beautiful result of a brief relationship with my former boss, who’d ended up going back to his ex-wife before he realized I was pregnant. He’d wanted nothing to do with me nor the baby once he found out I was carrying his child, so I’d been raising her with virtually no help—aside from some money he’d send me when he felt like it. I should emphasize that he and his wife had been legally separated for over a year when I met him.

I’d always told myself I’d go back to work when Sunny turned six months old, but we’d just reached that milestone, and it hadn’t happened yet. I missed getting out of the house and socializing each day, and yearned to go back at least part time. Affording childcare was a lot easier said than done, though. Not to mention, I wasn’t totally ready to leave Sunny. But I struggled with the decision, because I was slowly going insane without adult interaction. Would leaving Sunny to go back to work make me a bad mother?

That was the type of question that kept me up at night—that is, when my studly neighbor wasn’t the one responsible.

The following day, Sunny was down for her afternoon nap, which usually gave me about an hour and a half, though possibly three hours on rare occasions. That time was pretty much my only guilty pleasure. Me time. When she first fell asleep, I would make myself lunch while watching The Young and the Restless on low volume. I wasn’t really all that into the show, but it reminded me of my childhood and being home sick from school when my grandmother would watch me.

Leaving my sleeping daughter alone even for the one minute it took me to check the mail always made me nervous. So, after lunch I’d run downstairs and open the mailbox as fast as I could before sprinting back up. It probably took me under a minute, and I never left without the baby monitor in hand.

Today, just as I got back to my door, Deacon was exiting his apartment.

“Oh, hey, Carys-Like-Paris. How goes it?” He flashed a wide smile.

When people ask me my name, for some stupid reason, I sometimes answer, “Carys, like Paris,” particularly when I’m nervous. That was the case the first time I met Deacon.