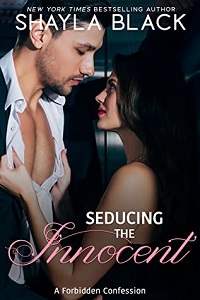 “I’m leaving,” Oliver Ryan says as I plod out of my bedroom and start a zombie-walk toward the coffeemaker for a much-needed caffeine boost.

“Where to?” It’s too early in the morning for him to head to work. I know he’s not jogging or hitting the gym in that tight gray T-shirt and the faded jeans that cling in all the right places and make me sigh. Is he going to the coffeehouse? The grocery store?

“Back to London. I’m moving. I leave tonight.”

I whirl around to face him, suddenly wide-awake. Did I hear that right? Oliver is leaving me for good?

His solemn gray eyes, like a London morning, stare back at me, unblinking.

“Shane’s gone.” He pulls at the back of his neck and looks away. “And it would be best if I didn’t stay.”

Tomorrow, I’ll resume my last semester of college after a much-needed spring break, and I look forward to graduating in May. But if Oliver goes, I’ll be utterly alone. Yes, I’m a grown woman. I’m capable of making my own decisions. I’ve been doing that since I turned eighteen and my mother decided to follow her heart—and her latest fling—to Italy. Of course I can live alone.

But I don’t want to.

“You’ll do great,” Oliver murmurs before he turns away.

I’m somewhere between shocked and numb as I brew my coffee. Is there anything I can say or do to change his mind? A hundred ideas run through my brain. They all sound ridiculous.

Without his best friend here, why would Oliver stay?

As the brew finishes dripping into my cup, he whisks by, carrying a pair of suitcases, shoulders and arms bulging, and heads toward the front door. I chew my lip, fighting panic. He’s already packed? Yes, and he has one foot out the door.

God, my life is falling apart.

For the past three years, I’ve had two anchors: my brother, Shane, and his best friend, Oliver. They took me under their wing after my mother skipped the continent. They were both protective and supportive, in some ways more nurturing than Mom. Most special, they were always there for me. Vice versa, too.

Then, nearly four weeks ago, Shane fell asleep at the wheel after pulling double shifts at the hospital and hit an embankment. He died instantly, just shy of his twenty-ninth birthday. Since then, Oliver and I have been dealing with his funeral, his estate…and the never-ending nightmare of grief. I still can’t believe it. The three of us enjoyed such a wonderful Valentine’s Day together. None of us had anyone special in our romantic lives, so we watched goofy movies and gorged on candy. Of course, I had to pretend I wasn’t ogling Oliver…

I’ve thanked God every day that Shane didn’t suffer and that Oliver has been my shoulder to cry on, my hand to hold, my rock. I haven’t completely fallen apart because I’ve had the stiff-upper-lip Brit beside me.

And now he’s leaving. Shock still pings through my system.

I want to beg him to stay. But if returning home will make him happy, how can I be selfish? He’s more than done his duty after Shane’s death. Staying in the house where we all lived as a mismatched family of sorts must hurt Oliver the same way it pains me. Shane’s absence often feels like a black hole sucking me under when I least expect it.

I have to let Oliver move on and be happy…even if that’s without me.

Shane bequeathed me his house, which was paid off in the event of his death. I also inherited my brother’s life insurance money, which will help me finish school debt free. I have a roof over my head and I never have to worry where my next meal is coming from. I’m smart and I’ve maintained most of the household responsibilities for years. I’ll certainly survive.

But somehow, I know my life will never be right again without Oliver Ryan.

“You’re really going tonight?” My voice trembles as I leave my coffee untouched and follow him to the door. “And you’re not coming back?”

He thrusts long fingers through his short brown waves, then flicks his gray eyes in my direction. After a quick glance at my face and a discreet peek lower, he looks away. “I am.”

I glance down at myself. Crap, I’m still wearing exactly what I slept in: tiny pink boy shorts and the matching pale tank top, almost transparent from years of washing. I wince. Oliver can probably see my nipples. And with the morning chill, the hard peaks poke the cotton. I’ve had these pajamas since I was a kid. They’re too tight, and I should trash them, but I love their softness.

I cross my arms over my chest for modesty. After all, inadvertently flashing Oliver is obviously making him uncomfortable. No surprise since he probably sees me as a sister. He’s behaved like my second big brother for years.