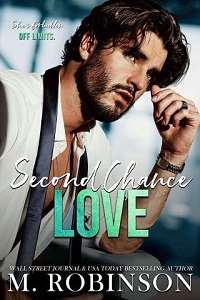 “Happy twenty-second birthday,” my older half-brother Jax announced as he tugged me into the side of his body.

We’d been in each other’s life since I showed up at our father’s office four years ago, demanding to know my half-brother. From that night on, I finally found what I’d been looking for the last eighteen years of my life.

Someone who loved and protected me like Jax did. He wasn’t just my half-brother—he was also my best friend who happened to be the number one quarterback in the NFL. From the beginning of his career with Miami, Jax had always been a private person, making it easy for the world not to know of my existence in his life.

His parents were still married, and his mother had no idea her husband had another family he was taking care of. Not to mention the endless women he’d cheated on her with. Our father was a grade A piece of shit, and my mother wasn’t far behind him.

Jax was all I had.

He didn’t explain who I was to people. They knew I was an important person in his life, and that was all that mattered. The only person who knew the truth about me was his agent and best friend, Caleb. Which was a bigger story in itself. Over the last four years, Caleb’s and my dynamic had been so up and down.

Unbeknownst to my brother.

Jax was the one who threw me a birthday party with all his friends and the few I had. He wanted to have everyone there, and by everyone, I mean everyone. His house was filled to the brim with people, some I knew, most I didn’t. The one person I did want to see wasn’t anywhere to be found, and I was beginning to wonder if he’d show up at all.

Caleb’s and my relationship, if you could even call it that, was confusing to say the least. I’d never met a man who was so hot and cold. If he wasn’t being a grumpy asshole to me, then he was the complete opposite. Sometimes he helped me with things I needed, saying it was solely for Jax of course. Although, our bickering would often lead to sex.

Despite the complexity of our connection, even when we were fighting, there was passion behind it. There were times I’d catch him staring at me, and he’d always play it off in one way or another. Caleb didn’t do relationships. I’d never known him to be in one, and he reminded me often he wasn’t made like that.

His push and pull were a drug to me.

A magnetic force I couldn’t resist.

One minute I hated him, and the next I was in his bed.

“Happy birthday to you!” the singing brought my attention back to the present.

After I blew out my candles, I unexpectedly found myself wishing for Caleb to show up for me. Once and for all, I needed to know where we stood and if there was a future between us.

Trust me, I wanted there to be one.

It was as if I felt him from across the room. His powerful stare was like a blaze tearing through my chest and into my heart. As soon as I looked up, we locked eyes.

Usually, Caleb didn’t hold my gaze for longer than a few seconds, and I’d be lying if I said I didn’t feel his smoldering glare on every inch of my body. It was the effect he’d always had on me—from the first time I woke up in his bed.

Nobody knew about our hookups. Especially my brother. He wouldn’t approve, and neither one of us wanted to disappoint Jax. It wasn’t until my heart skipped a beat and I sucked in a visible breath that I realized Caleb wasn’t alone.

My eyes shifted toward the woman holding his hand. Before I could give it too much thought, they were standing in front of Jax and me.

“Happy birthday, Evie!” She pulled me into a tight hug, though my stare was still on Caleb.

I couldn’t read his expression, and I never wanted to know what he was thinking or feeling more than I did in that moment.

Jax arched an eyebrow, silently asking the same question I was. I’d never seen them together. I had no idea they were friends. Yet there they were, holding fucking hands.

At. My. Birthday. Party.

From that point forward, everything stopped.

From my heart, to my breathing, to the reckless thoughts creating havoc in my mind, holding me captive where nothing made sense. Suddenly, a surge of panic flooded through my core. I just knew whatever she’d reply would hurt.

To the point of no return.

Caleb looked over at her, eyes laced with an emotion I couldn’t place.