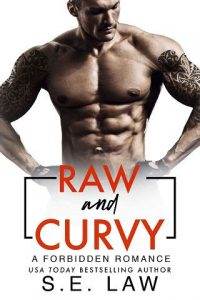 As usual, backstage is loud and crowded. The noise doesn’t really bother me, but having to change in front of every other showgirl who performs at the Wilshire Hotel is my least favorite part of the job. It wouldn’t be so bad, but I’m the only girl here with a bit of extra jiggle, and I swear I can feel their eyes on me every time I undress to get ready for a performance.

Sucking it up, I grab my garment bag and pull out the diamanté one piece leotard we’re wearing for tonight’s show. It’s been a while since I had this costume made, and I’m worried because I’ve gained about ten pounds in the last few months, and these leotards don’t make room for any fluctuations in weight. Goodness. I’ve always been thin, but recently, my appetite has gotten a hold of me and I’ve been eating everything in sight. Pizza, ice cream, chocolate, even chips with guacamole, and it’s so yummy. I love food with all my heart, but now it’s time to pay the piper.

Holding up the leotard in front of me, I frown, trying to judge what it’s going to look like when I get it on, but there’s really no way of knowing. Not with fitted material like this.

Oh well. It’s not like I can run out and get it tailored right now. I make quick work of undressing, then I start getting into the leotard. After a little wiggling, I manage to squeeze into it and walk in front of the mirror to check myself out. It is a little tight, but that’s the least of my worries. What’s important is I can still fit into it, and if I suck my belly in, hopefully none of the other girls will notice.

I pull a chair up and start freshening up my makeup and hair, adding darker eye shadow and giving my curls a bit more bounce. They like things razzle-dazzle at the Wilshire, and I don’t want to let the audience down.

My spine stiffens. I don’t have to look to recognize Jewel’s shrill voice. Since they promoted the evil woman to manager, it seems that yelling or shrieking has become the only way she knows how to talk. She must have forgotten what it was like to be just one of the lowly dancers herself, even though she was only promoted a few weeks ago. Not that this should be a surprise, seeing that she’s always loved lording it over us. In fact, Jewel isn’t even her real name. She’s actually plain old Jennifer, but she’d lose her mind if any of us dared to call her that.

“Mimi, come over here this instant,” she snaps.

I squeeze my eyes shut and recite all the reasons I need a job in my mind, then I stand up and force a smile as I walk across the room to see what my manager wants. Even though Jewel’s not a part of the show, she is also wearing a leotard, although hers isn’t covered in diamanté like the rest of ours. No. It’s all black, probably to match her soul, and makes her already rail-thin body practically disappear anytime she’s in a dimly lit room. Seriously, she must survive on nothing more than plain lettuce and water to be so skinny. The biggest thing on her is her blonde hair that she’s wearing in a blowout that makes it look like she walked through a hurricane to get here tonight.

“Hey, Jewel.” I give her my best fake smile. “Did you need something?”

With pursed lips, the older woman takes a step back from me, then runs her eyes up and down the length of my body. I swear the look in her eyes is pure disgust, and I take a small step back, trying to put a little space between me and her obvious disdain.

“Not a lot. I still fit in my costumes, so it can’t be much. Maybe just a pound or two.”

“Huh! That leotard looks like it’s about to pop a stitch.”

I blink, trying to force my tears back. The last thing I want to do is cry in front of this wicked woman. To make things worse, the dressing room has gone quiet, and I see why when I look around. Everyone has stopped getting ready in order to watch Jewel bawl me out.

I try to ignore them, turning back to my manager. “Okay, that’s fine. I get it. I’ll lose the extra weight. I’m sure it won’t take long if I work out and eat right.”

Jewel gives a small shake of her head. “That won’t be necessary. There are hundreds of other girls who would love to take your place tonight.”

“I am not here to argue with you. You’re fired, Mimi. Sorry, but this is a competitive position, and we can’t have our girls looking like cows.” Then, Jewel holds her hand up and snaps her fingers dramatically. As soon as she does, a young woman I’ve never seen before steps from behind the curtain, as if this were a magic show. She’s skinny and blonde, just like Jewel, and even worse, she’s already dressed in tonight’s costume.