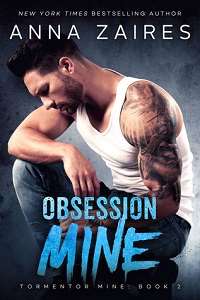 “They’re gaining on us,” Ilya says as the whine of sirens and the roar of helicopter blades grow louder. Light from the cars on the other side of the highway bounces off his shaved head, creating the illusion that his skull tattoos are dancing as he glances in the rearview mirror with a worried frown.

“Right.” Ignoring the adrenaline pumping in my veins, I tighten my arm around Sara, preventing her head from sliding off my shoulder as Ilya zooms around a slower-moving car. I expected the pursuit, of course—one doesn’t steal a woman guarded by the FBI without consequences—but now that it’s happening, I find myself worried.

My three teammates and I can handle a high-speed chase just fine, but I can’t endanger Sara that way.

Reaching a decision, I tell Ilya, “Slow down. Let them catch up to us.”

Anton twists around in the front passenger seat, his bearded face incredulous as he grips his M16. “Are you insane?”

“We can’t lead them to the airport,” Yan, Ilya’s twin, points out. He’s sitting on the other side of Sara, and he must’ve caught on to my plan, because he’s already rummaging in the large duffel bag we stored under the backseat of our SUV.

“Do you think the Feds know we have her?” Anton glances at the unconscious woman pressed to my side, and I feel an irrational flicker of jealousy as his black gaze roves over Sara’s face, lingering for a moment longer than necessary on her plush pink lips.

“They must. Those guys tailing her were stupid but not completely inept,” Yan says, straightening with a grenade launcher in his hands. Unlike his twin, he favors a conservative hairstyle and neatly pressed business clothes—his banker disguise, as Ilya calls it. In general, Yan looks like someone who wouldn’t know how to handle a wrench, much less a gun, but he’s one of the most lethal individuals I know—as are the rest of my team.

Our clients pay us millions for a reason, and it has nothing to do with our fashion choices.

“I hope you’re right,” Ilya says, tightening his grip on the wheel as he glances in the rearview mirror again. Two black government SUVs and three police cruisers are now four cars behind us, blue and red lights flashing as they pass slower-moving vehicles. “American police are soft. They won’t risk shooting if they know we have her.”

“Nor will they open fire in the middle of a highway,” Yan says, pressing a button to roll down the window. “Too many civilians around.”

“Hold off for a moment,” I tell him as he moves closer to the window, the grenade launcher in hand. “We want the chopper as low as possible above us. Ilya, slow down some more and get into the right lane. We’re taking the next exit.”

Ilya does as I say, and we switch into the slower lane, our speed dropping below the posted limit. A gray Toyota Camry zooms past us on the left, and I press Sara closer to me, telling Yan to get ready. The noise from the helicopter is deafening—it’s hovering almost directly overhead now—but I wait.

A few moments later, I see it.

The sign for the exit, coming up in a quarter mile.

“Now,” I yell, and Yan springs into action, propelling his head and torso out the window, the grenade launcher in his hands.

Boom! It sounds like the mother of all fireworks just went off above us. Brakes screech all around us, but we’re already at the exit, and Ilya swerves off the highway just as all hell breaks loose, cars colliding in both lanes with a clang of crumpling metal as the chopper above explodes in a fiery metal ball.

“Fuuuck,” Anton breathes, staring at the mess we left behind. With the flaming chopper pieces raining down, a giant Walmart truck is in the process of flipping over, and no less than a dozen cars have already crashed, with more ramming into the pile with each second. The government SUVs are among the victims, and the police cruisers are trapped behind them. There’s no way our pursuers will be able to follow us now, and though I’m not happy about the injured civilians, I know this is how we’ll make our escape.

By the time they regroup and send more cops after us, we’ll be long gone.

Nobody is taking Sara away from me.

She chose me, and she’s staying mine.

We get to the underpass where we left our other vehicle without pursuit, and once we switch cars, we all breathe a little easier. I have no doubt the Feds will locate us, but by the time they do, we should be safely in the air.

We’re almost at the airport when Sara lets out a small moan, her eyelids fluttering open as she stirs at my side.

The drug I gave her has worn off.