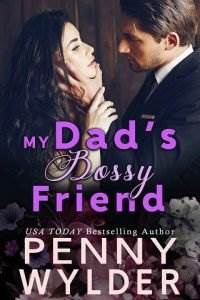 “I told the new tenant you'd be there by eleven. You're not going to be late, are you?” His voice comes out as a stern warning, more than a question.

I can hear the disappointment instantly. He’s already anticipating my failure before I’ve even had a chance to prove myself. As if I've already done something wrong. He's always been this way. Certain that I can’t achieve anything. Undermining my every decision. Assuming I won't do the job as well as he wants me to.

I go left, he pulls me right. I climb up, he tears me down. I offer an idea, he tweaks it, twists it around until it’s his own. My father needs control, and he takes it any chance he gets. And when his plans backfire, or when things don’t go as expected? Then he claims it's not his fault, but a result of my decisions and actions.

Honestly, his greatest fear is my own failures and how they'll impact him, more than anything else. All I've ever asked for is a chance, an opportunity to prove myself. And every idea is met with resistance. Before the last word is off my lips, he’s already shot it down

“Yes, Dad, I'm almost there,” I say out loud into the car speakers as I check my mirror, and shift lanes. “I'm getting off the highway now. I should be there in fifteen minutes.”

“You have both sets of keys right?”

“And the key for the pool house?”

“Yes, Dad, I've got everything I need. This isn’t rocket science. I've got this under control.” I'm trying not to be too short with him, I don't want him to revoke this opportunity before I even set foot on the property, but it’s impossible to take this henpecking without some sort of reaction.

This is a big deal to me. I want it to go perfectly. I'm determined to show him that I'm not the irresponsible child he seems to think I am. In fact, I think I’m more mature than most people my age, and I think I happen to have pretty good business instincts, too.

And today, I finally have the chance to show him that I'm capable of running his rental properties, and I'm not going to blow it. I've been begging him for this, and finally he relented. There is no way I’m letting this shot slip through my fingers. Failure is not an option.

My father laughs into the speaker, and I can practically hear him rolling his eyes. “Perri, this isn't a game, this is real life. This isn't a take your daughter to work day for school. I'm counting on you. If you want to have more responsibilities, I’m going to being relying on you to get shit done. If you’re not up for it. . ..”

“Dad! You act like I haven't been watching you my entire life. I know what I’m doing.”

“Watching and doing are two totally different things. This is real now, and I'm not going to be there to hold your hand every step of the way. You have one month to prove yourself, and lucky for you, you'll have the same tenant the entire time. That should make it easier on you.”

“Dad, I get it, this is a trial run. You've made that clear. I just don't want you trying to micromanage everything, and I don't want you to worry. I know what I'm doing.”

He grunts loudly, the noise gurgling up from the back of this throat. “Don't worry, right,” he says with so much derision it makes my skin crawl. “That's easier said than done, sweetheart. I want you to succeed, but not at the expense of my reputation or my bank account.”

It always goes back to two things. . .

His reputation. His money.

How dare I smudge his suit with any dirt. How dare I plant risk in his world?

This is his money and his name, and I'm supposed to do everything his way.

I'm done with this conversation. It's demeaning and makes me feel like a child. I know what I'm doing, and he's just going to have to trust me.

“Perri! I hear you. You’re breaking up. Can you hear me?” he asks, his voice clear as day.

Hanging up my phone, I let out a relieved sigh, and drop it into the cup holder. I'm not going to be able to do this well if he's going to be up my ass the entire time. I need him to just trust me. I'm a twenty-one year old woman, not a damn child. I don't need him looking over my shoulder every second of every day.