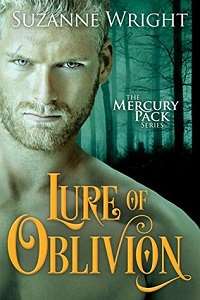 Gwen Miller slammed her foot on the deck, bringing the swing to a halt. They were here again. She could hear their footsteps rustling the high grass as they muttered complaints about the scents of marsh gas, salty water, and humid air.

She sighed and rubbed her temple. God, she was too tired for this shit.

Making as little noise as possible, she rose from the wooden swing and padded down the boardwalk that ran over the marsh, protecting her feet from the muddy soil and water pools. She stuck to the thickening shadows as she crept closer to her home. And there they were. All three males were nineteen, but she couldn’t help thinking of them as boys, even though they were built like linebackers and had proved they were capable of seriously sick shit.

Apparently, they weren’t getting the message that they needed to keep their asses away from her damn house. That was unfortunate.

She slipped her hand into her pocket and threaded her fingers through the knuckle stun gun in her pocket, but she didn’t switch it on. Not yet.

As one of the boys raised a bat to the windscreen of her truck—motherfucker—she made a tsk sound. All three swerved to face her, eyes wide. Going by the state of their pupils, they’d all been drinking. And going by the cans of spray paint at their feet, they’d come prepared to make a fucking mess of her truck and maybe even her home, which doubled as a B&B.

The buzz and drone of the insects stopped, and the cool breeze paused—as if nature itself was waiting to see how this would play out.

“Evening, boys,” Gwen drawled. “So, you’re back. Not getting bored of this at all?”

The ringleader and pain in her ass, Brandt, gave her a mocking smile and put his hand over his heart. “You don’t like my company? I’m offended.” His expression sobered as he went on. “You know what to do if you want me out of your life.”

“You can make this stop so easily, Gwen. You just have to do a little thing for me first. Change your statement. Hell, even she had the sense to alter hers.”

“She” being the female shifter he’d beaten months ago with a metal pole while his friends had watched, urging him on. Gwen had found them in the trees near the border of her family’s land, and she’d shot at them several times to chase them off. She’d then taken the drugged and shaken shifter, Andie, to her home, where Gwen had called the sheriff.

That call had proved to be a waste of time.

The sheriff hadn’t arrested the boys—he’d brought them in for questioning. That had lasted mere minutes before all three were released. He was tight with Brandt’s socially influential father, Ezra Moore. Neither of them thought of Andie as a person with rights. The police hadn’t taken photographs of her injuries or done a drug test that would have proved her drink had been spiked. They’d pretty much swept the incident under the rug, like it was nothing.

That didn’t mean Brandt would get away with it, though. Andie had reported the attack to the shifter council, which was originally formed to appease humans who didn’t like that shifters solved problems mostly through violence. While the council’s rulings often prevented wars between packs, it also punished humans who committed crimes against shifters if human law enforcement didn’t take care of it themselves. As such, Brandt would have to stand before the council—something, not surprisingly, he didn’t want to do.

The boys had harassed Gwen for weeks, trying to force her to alter her statement. They’d also done the same to Andie, who was scared out of her damn mind and eventually folded under their intimidation tactics. Gwen couldn’t really blame her. Andie wasn’t part of a pride, so she had no protection from her kind. Gwen, well, she didn’t back down for anyone.

The shifter council didn’t care that Andie had backed off. Once an incident was reported, the council always investigated it.

“You need to get off my land,” Gwen warned the boys.

“I go where I want, when I want,” said Brandt, dark eyes drilling into hers. His attitude was quite typical of the Moore family. The rich bastards lived in fancy homes, drove fancy cars, and had more money than sense. That would have been fine, except that they were also extremely arrogant and considered themselves superior to just about everyone.

Brandt stepped out of the shadows, and the moonlight illuminated his face—that was when she saw the bruised jaw, swollen eye, and split lip.

Gwen couldn’t help but smile. “My, my, my, don’t you look pretty.” Seemed like Ezra had lashed out at his son—most likely for bringing this kind of attention to the family. It wasn’t uncommon.

Brandt’s face hardened. “You’ll look just as pretty soon enough.” He twirled his bat—a move that was meant to intimidate her. A move that also didn’t work.