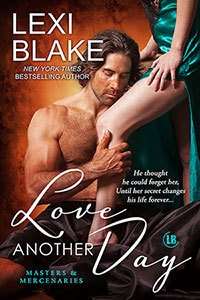 Stephanie Gibson stared at herself in the mirror, trying to decide if this was the worst idea she’d ever had or the best.

It was probably the worst, but then she was trying to be optimistic.

The good news was her boobs looked pretty damn good. The white silky gown she’d bought for the occasion skimmed her curves and the ivory tone made her skin look warm. Thank god it fit. She’d bought it off the Internet a month before but she’d been too afraid to use it. Now her time was up and she needed to look her best. She’d managed to borrow conditioner from Charlotte Taggart. For once her hair was soft and relatively tame. It was weird not to have it in a ponytail or a practical bun. When had it gotten so long?

The bad news? She was fairly certain Brody Carter would still take one look at her and laugh. Oh, he wouldn’t do it in a mean way. He would be kind about it. He would chuckle, that deep voice of his sending a shiver of desire through her right before he explained that despite the roles they’d played for the last few months, he thought of her as a kid sister.

Come on, Steph. Go chuck on some proper clothes, and we’ll grab a beer before I stroll out of your life forever.

She could hear him saying the words in his sexy Aussie accent.

Steph took a deep breath and thought about running herself. If she was careful, she could get back to her cabin without anyone seeing her. Maybe Brody wouldn’t even come back to the cabin he’d been staying in for the last six months. He’d been attending something called a debrief with Ian Taggart for hours. He would likely take a room at the hotel in the city where the McKay-Taggart team was set up and she might not see him again.

Well, except he’d left his big duffel bag behind. He might come back for that.

She sank down onto the bed he’d been sleeping on and remembered the first day he’d shown up at her clinic here outside of Freetown. She hadn’t been sure what to expect when she’d agreed to help McKay-Taggart with a long-term mission. They’d explained that their own operative would run most of the mission and her clinic would give him cover. She hadn’t expected for her long dormant sex drive to come alive the minute said operative walked off the plane.

Steph lay down briefly, touching the quilt she’d had made especially for him. At first she’d given him a regular cot, but after she’d realized what that had to be doing to his massive frame, she’d paid a local worker to build this beautiful monstrosity. Brody had argued that he didn’t need it, but she’d held firm.

When he was gone, she would move it into her cabin. It would be ridiculous and far too much bed for her, but she wanted some kind of memory of him.

It was over. The mission was over and in a couple of days Brody Carter would be gone. There was no more need for him to stick around because they’d done their duty. That very afternoon the op they’d been prepping for six months had played out. Guns had been fired, men had died, and Theo Taggart was going home.

For six months she’d had a gorgeous, brawny, sexy Australian bodyguard who pretended to be her right-hand man. Together they had navigated the underworld of criminal activity on the continent, all in a crazy attempt to draw out the woman who had kidnapped Theo Taggart. Dr. Hope McDonald hadn’t stopped with Theo. She’d kidnapped several other men and ruined their lives, health, and destroyed their memories.

She was going to hold on to the memory of her glorious Aussie never-quite-a-lover.

The door opened suddenly and a massive presence filled the space. Six foot seven. Two hundred seventy pounds of pure muscle. Brody Carter. He stopped as though allowing for his eyes to adjust. It was inky midnight outside, and her camp was far from town. He would have walked in the darkness from his Jeep to the cabin.

“Steph? Luv, what are you doing here?” He stepped inside. “Is something wrong? Something happen at the clinic?”

Oh, god, he was here. What the hell was she doing? He was stunningly gorgeous and she was the shy girl who always sat at the back of the room and hoped no one noticed her.

Except she hadn’t always been that girl. Once she’d been the girl who answered all the questions, the girl most likely to succeed.

And then she’d taken her eyes off the road, and in a flash of blinding light and crushed metal, that girl had died.

She stood up. There was a reason she didn’t get dressed in lace and silk and try to seduce men. She wasn’t that girl and she never would be again. Now she was the girl who repented, the girl who tried to save the world because once she’d destroyed it utterly.