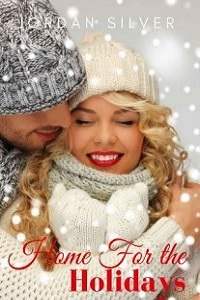 “Samantha, hush!” I rolled my eyes at my mom and went back to glaring daggers at my brother’s hag of a mistress. I made a forward motion with my fists raised as if to pounce on her and knock the ever-living shit out of her, and she tried to disappear into the back of the couch, eyes wide with fear.

“Samantha, go upstairs and bring me those doilies I ironed and left on the bed in the guestroom,” Mom ordered, and I obeyed. But not before motioning with my fingers to my eyes and back at the tart in that age-old mime of ‘I’m keeping my eyes on you.’ Bitch!

I passed my brother the asshole in the hallway, “Hey Saman...tha.” I breezed by him as if he wasn’t there and kept going. It will be an over frozen day in hell before I ever speak to his sorry ass again. I found the nineteen-fifties monstrosities mom sent me after and carried them back downstairs in time to hear mom trying to calm down the ass she’d given birth to five years before she was blessed with me.

“Samantha, this has got to stop. It’s been two years; how long are you going to act like this?” My brother Tom was on his shit again. I must’ve heard that same refrain or some variation of it every time we were in the same room in the last two years.

“Mom, do you hear that whining sound? I think the heater’s out again.” I dropped down on the nearest chair and dragged my purse onto my lap to find my phone. If they’re pissed now, they’re going to be ass hurt in another minute.

I didn’t have to look through contacts for the number I wanted since it’s one of the last ones I’d called. I make it a point to speak to my ex sister in law and my two-year-old twin nieces at least once a day, no matter that it irks the hell out of my brother; in fact, I do it twice daily when I’m home for that very reason.

He’s had a break since I’ve been away at college and so he didn’t have to see me or hear me, but now with the Mexican beer screwing up shit, classes have been postponed indefinitely again, and I won’t be going back after the holidays for a while. My brother and the skank thot he’d destroyed three innocent lives for were back home with mom and dad because they had termites, or so they say. Speaking of which.

“Mom, I thought the saying was if you lay down with dogs, you’d get fleas? What do you have to screw to get termites?” I looked at my brother and the slag when I said this and saw the steam coming out of his ears while she looked at me like she thought looks really could kill. Mom started in on one of her holier than thou rants about ‘faaaamily,’ and dad walked in the room. “Good one, kid.” He held out his hand for a high five, which I gladly gave. Only my dad gets me.

He took his usual seat in the recliner facing the television and picked up his tablet while I went ahead with my call. “Hello Deidre, how are you? Where are my nieces?” I looked at my brother and his hag with a sickly sweet smile on my face until she got up and ran from the room. All hell broke loose as my brother lost his mind for all of two seconds and threatened to harm me, while mom lamented the demise of her family unit.

Dad took care of bro with a stern look and a harsh warning of what he could expect if he ever laid hands on yours truly, and I explained to mom why her family would forever be broken as long as she allowed the rotted fruit of her womb and the bitch he cheated with in her house. If you can’t tell by now, I hate cheaters.

I’m not done with these people yet, though, oh no. For the last two years, I’ve been working behind the scenes to right what I see as a very hurtful wrong, and this is the perfect time to bring it to fruition. Not that I’d wish this pandemic on anyone, but the fact that they’re all stuck here and can’t basically go anywhere is just perfect.

I confirmed my plans with Deidre, who still lives a few houses down from our family home because dad had made sure that his granddaughters and their mother were not without a home when his only son and disappointment left them high and dry.

So a little backstory! Mom had me when Tom was five and a half, and even though there was a bit of an age difference with mom being mom, we were very close as kids and had a pretty decent relationship as siblings. My brother was someone I looked up to and adored, and so when he was twenty-three and I eighteen, and he introduced Deidre to the family, she became the sister I never had.