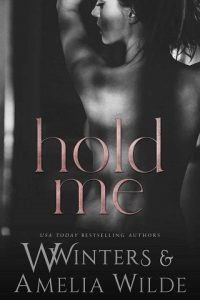 Little Do You Know – Alex & Sierra

Me and My Broken Heart - Rixton

Little Talks - Of Monsters and Men

All Your Exes - Julia Michaels

Love is never wasted, for its value does not rest upon reciprocity.

Distracted and rattled, the world outside blurs by until it resembles a seemingly fake movie set. With the driver side window down and the wheels spinning against the asphalt highway, I’m barely conscious of anything at all. Other than her. My Ella.

None of this seems real. I can’t help but to think that this can’t be happening. My heated palms twist against the leather steering wheel as my fingertips go numb and that sinking feeling settles in my gut. It’s as if I could punch the fronts of the buildings and they’d fall down, one by one, until the whole town was leveled. It all must be fake. It can’t be real.

With last night’s darkness behind me, a pale pink hue settles along the horizon.

The sun’s coming up, but it’s a cruel joke now that they’ve made the decision to separate the two of us. I’ve spent the last three weeks of my life anxiously waiting for the sun to set so I could go back to her. Now I’m caught in a morning I don’t want, driving on autopilot back to a motel I know won’t aid in giving me rest. Barely seeing the road.

Blinking away the memories, I slow as I come to a yellow light, my gaze flicking to the rearview and I spot Damon, still behind me. Swallowing thickly, I remind myself that I can never go back. It’s not possible and even if I could, I might not be able to change a damn thing.

There are things we can control and things we can’t. The horrible losses we suffer—at times—come from our own actions.

Last night, I slept with Ella. Thoughts of last night flash before my eyes, images of her beauty stealing my breath, and remembering her soft moan of my name heats my chilled blood. It was against the rules. It was against everything we stand for at The Firm.

Something about her makes me want to lose control. It makes me need to lose control. I want to lose myself in her and come out the other side a different man. Smirking sardonically, I breathe out heavily and move past the green light as my blinker ticks, ticks, ticks away the thought. It’s all another cruel joke from the asshole that is the universe. I’m different now, and I hate this person. I’m running to get away from this morning and the memories of that other morning. Both of them push forward in my mind, tangling up with one another.

A sickness pulls the corners of my lips down as I remember the past I wish I could forget. A past that made me this weakened version of myself.

Bang! There’s a loud knock at my apartment door that calls for my attention. Bang, bang, bang. Another three in a row.

“You want me to open it?” Damon’s eyes hid the worry he felt as equally as the exhaustion. We’d been up all night at my place. Waiting for her after searching everywhere and calling everyone.

“Mr. Thompson, it’s the police.” The deep voice echoes in my mind in a way I know I’ll always remember.

The leather sofa groans as Damon makes a move to stand. “I’ll get it,” he tells me as I stare blankly at the front door, a sick feeling running rampant through me. The cops don’t show up at anyone’s apartment this early in the morning unless something fucking terrible has happened.

My throat’s dry as I turn down the street I’ve taken for the last three weeks with nothing but anticipation to see Ella. My distraction, my drug, my submissive and … more. Something that’s hard to place. Something I don’t dare look into, for fear of the depths of its meaning.

I didn’t hear a damn thing they said that day two years ago. I was too focused on how numb I felt and how it couldn’t be real. How much my heart hurt, even though the rest of me was detached and unfeeling. When the guilt hit, it hit like a sledgehammer. Afterward Damon had to repeat everything they’d said. He was the one who told me about the mugging. About her murder. About what happened to Quincy.