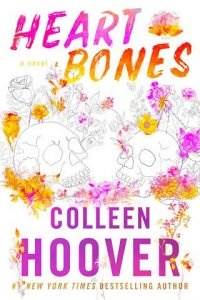 The walls of a trailer house aren’t made of the same stuff walls in a normal house are made of. In a trailer house, the walls crumble beneath your fingernails like chalk if you so much as scratch at them.

I once asked my mother, Janean, why she keeps a picture of Mother Teresa on our living room wall.

“The bitch was a fraud,” she said.

Her words. Not mine.

I think when you’re the worst of people, finding the worst in others becomes a survival tactic of sorts. You focus heavily on the darkness in people in hopes of masking the true shade of your own darkness. That’s how my mother has spent her entire life. Always seeking the worst in people. Even her own daughter.

Janean is lying on the couch in the same position she was in when I left for my shift at McDonald’s eight hours ago. She’s staring at the picture of Mother Teresa, but she’s not actually looking at it. It’s as if her eyeballs have stopped working.

Janean is an addict. I realized this around the age of nine, but back then, her addictions were limited to men, alcohol, and gambling.

Over the years, her addictions became more noticeable and a lot deadlier. I think it was five years ago, right around when I turned fourteen, when I caught her shooting up meth for the first time. Once a person starts using meth regularly, their lifespan shortens drastically. I Googled it in the school library once. How long can a person live with meth addiction?

Six to seven years is what the internet said.

I’ve found her unresponsive several times over the years, but this feels different. This feels final.

“Janean?” There’s a calmness to my voice that certainly shouldn’t be present right now. I feel like my voice should be shaky, or unavailable. I feel somewhat ashamed at my lack of reaction in this moment.

I drop my purse at my feet as I stare intensely at her face from across the living room. It’s raining outside and I haven’t even closed the front door yet, so I’m still getting soaked. But shutting the door and sheltering my back from the rain is the least of my concerns right now as I stare at Janean as she stares at Mother Teresa.

One of Janean’s arms is draped over her stomach and the other is dangling off the couch, her fingers resting gently against worn carpet. She’s a little swollen and it makes her look younger. Not younger than her age—she’s only thirty-nine—but younger than what her addictions have made her appear to be. Her cheeks are slightly less concave and the wrinkles that have formed around her mouth over the last few years look as if they’ve been smoothed out by Botox.

Her mouth is hanging slightly open, revealing yellow slivers of chipped and rotted teeth. It’s like she was in the middle of a sentence when the life slipped out of her.

I’ve imagined this moment for a while now. Sometimes when you hate someone enough, you can’t help but lie awake in bed at night, wondering what life would be like if that person were dead.

I stare at Janean for another moment, waiting to see if she’s just in some kind of trance. I take a few steps toward her and then pause when I see her arm. There’s a needle dangling from the skin just underneath the inside of her elbow.

As soon as I see it, the reality of the moment slips over me like a slimy film and it makes me nauseous. I spin around and run out of the house. It feels like I’m about to be sick, so I lean over the rotten railing, careful not to put too much pressure on it so it doesn’t buckle beneath my grip.

I’m relieved as soon as I get sick because I was beginning to worry about my lack of reaction to this life-altering moment. I may not be as hysterical as a daughter should be in this moment, but at least I feel something.

I wipe my mouth on the sleeve of my McDonald’s work shirt. I sit down on the steps, despite the rain still pummeling down on me from the heartless night sky.

My hair and my clothes are soaking wet. So is my face, but none of the liquid streaming down my cheeks is tears.

Wet eyes and a dry heart.

I close my eyes and press my face into my hands, trying to decide if my detachment is because of my upbringing or if I was born broken.