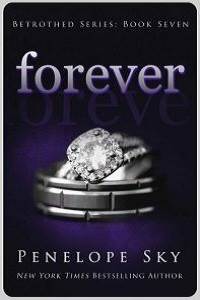 I was asleep in bed when my phone vibrated on the nightstand. It kept making an obnoxious sound against the wooden surface with every ring. I had no idea what time it was, but it was past midnight.

Who the hell was calling me?

When the phone stopped vibrating, I was awake enough to wipe the sleep from my eyes and sit up in bed. My eyes were still closed because they were too tired to open.

My phone vibrated again, this time with a text message.

I leaned over to grab it, my fingers fumbling in the dark until I finally got it in my grasp. I pulled it to me and blinked a couple times until my vision returned. The missed call was from Damien. And he’d also sent a text.

I was half asleep, so it took me a few seconds to understand his meaning, the full significance.

The three dots popped up before he sent another message. He’s probably on his way over there now.

I let those words sink in before I called him.

He answered right away. “Annabella—”

“What happened?” My voice was hoarse because I was still so tired.

“He had a fight tonight. Hades and I were there. Then he went to the bar, and I joined him.”

“And you just blurted it out?” I asked incredulously, agitated that my precious sleep had been interrupted.

“No. I think seeing me at the bar jogged his memory, reminded him that I’d been there the night he fucked around, and he figured out that I must have told you what he did. And he also figured out why I told you…” There was no remorse or concern in his voice, as if Liam knowing the truth was completely inconsequential.

“Then what?” Knowing Liam, he tried to kill Damien on the spot.

“He didn’t fight you?” I asked in surprise.

“He was too drunk. But he threatened to kill me later…”

I knew my life had just become complicated. Liam had been easier to deal with when he had no idea who my mysterious lover was. But now that he knew…our lives were about to change.

“He’s probably on his way over there—”

Heavy fists immediately beat on the door, making a noise so loud that Damien heard it over the phone.

Liam continued to bang like an angry gorilla. “Open this fucking door, or I’ll break it down.”

Damien stayed calm. “I’m just down the street. I’ll be there—”

“I can handle him.” I kicked the sheets back and got out of bed.

“I’m gonna have to deal with him, regardless, Damien. He’s not the kind of man to let anything go.” I pulled on my sweatpants and turned on the lamp. “Go home. I’ll call you when he leaves.”

I hung up and put the phone on do not disturb.

Liam had started to slam his body into the door in an attempt to break it down.

He stopped trying to bulldoze it. “Open this fucking door—”

“Geez, give me a second. I was asleep.” I undid the chain and the locks and opened it. There was already a crack in the wood where he’d smashed his shoulder into it. I sighed in annoyance and looked at him, not afraid of the ring of fire in each eye. He looked like a psychopath that had shown up on my doorstep to kill me, like something out of a scene from a horror movie.

He stared at me with so many emotions, from rage to sadness and everything in between. He breathed so hard that his heavy breaths were louder than a siren. Now I wasn’t the woman he loved. I was the person who’d played him for a fool, stabbed him in the back. He entered my apartment and forced me back before he slammed the door shut behind me.

I crossed my arms over my chest, not giving in to the intimidation. “Yes?”

He took another deep breath. “Looks like Loverboy got to you before I did.” He stepped forward again, pushing me farther back just because he could. “What the fuck, Anna?” He was growling, acting like the predator about to break the neck of its prey. “You let me deal with that guy every fucking day? You let me do business with him while he was fucking my wife?”

“Ex-wife,” I snapped. “I’m not the cheater, Liam.” I shoved my forefinger hard into his chest. “That’s you.”

He grabbed my wrist and threw it aside. “I’m the cheater?” He stepped forward again, forcing me back once more. When my ass hit the back of the couch, I couldn’t move any farther. I was stuck. He placed his large hands on the top of the couch, boxing me in like a prison guard. “You were spending all that time with him, every single fucking day.” Atomic bombs exploded in his gaze. “I was your rebound because he didn’t want you, and we were dining with him, drinking with him, and forming a friendship, while you all laughed at me.” He leaned down so his face was right in front of mine. “And you have the balls to say I’m the reason this marriage failed?” His nostrils flared, and he glared. “Fuck you, Anna.” Spit sprayed from his lips onto my face. “Fuck. You.” He dropped his arms and stepped back. “You used me. You betrayed me. And you’re the cancer that killed us. You act like I’m a piece of shit, when you’re the biggest cunt in the whole fucking world.”