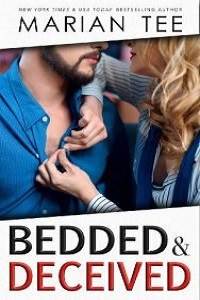 I've been working in corporate since I was eighteen. I'm twenty-three now, so that makes five years, although most times, it seems like my noob days were five decades ago. As a fresh graduate, it took me about thirty-plus interviews before I could nail my first (underpaid) job in accounting. My real-life skills were that bad.

Thankfully, a lot has changed since then. These days, I'm what you'd probably call an old hand when it comes to job interviews, having spent significant time on both sides of the desks, for companies both big and small.

As an applicant, you're sometimes asked to proceed to Meeting Room A. Other times, you're asked to go to Conference Room 2. If you're lucky, these places live up to their names. But if you're not, then you usually end up in a place that should've only fit one person and a desk but has since been forcibly repurposed for interviewing twenty-plus fresh graduates...all at the same time.

I really thought I've seen everything there is to see in recruitment...but apparently not. They say hindsight is always 20/20, and it's true. When I think about it now, there were all those little red flags that I should've seen miles away-—

Not being asked for my CV, no sign-in required at reception, and then being led to a secret room that had a secret key-operated lift that opened to a secret floor...

By the time the elevator doors opened, I was alone and trying desperately to keep my wits together. I searched madly for a button to get me back to reception, but without a key to operate the elevator, I was stuck.

What the heck have I gotten myself into?

I forced myself to step out of the elevator, and my internal alarm bells went off when its doors immediately slid shut behind me.

The carpeted hallway was dimly lit and eerily silent. It led straight down to a single unmarked door at the very end, and my heart threatened to gallop out of my chest.

Keagan had insisted I take a day off from work to apply for this. She had even described it as 'the dream job I never even dared to dream of having.'

At that time, I had thought to myself, What's there to lose?

I had a good life. Not exciting - at all - but it was a good life nonetheless, and alive-but-bored was a whole lot better than something-dangerous-killed me, always.

Oh, Keagan, you better be telling the truth about this.

My knees threatened to buckle as I forced myself to get moving. Since the key-operated lift was obviously out of the question, the door was my only way out...of just this place hopefully, and not of the world.

I tested the knob with trembling fingers, and I didn't know whether to feel dread or hope when it turned right away, and the door slowly swung open.

A monstrosity of a room yawned before me, so huge that it didn't even feel right to simply call it a room. It was downright colossal, with brick walls that went all the way up to thirty-foot-tall ceilings with exposed wooden beams overhead.

The sheer size and height of the space was daunting, and I couldn't help feeling jumpy and jittery as I took a step inside the room and heard the door swing shut behind me.

What the heck have I gotten myself into?

The question echoed endlessly in my mind as I tried to make sense of my surroundings. While the room wasn't completely dark, the finer details of the place were swallowed up by the shadows, and I could only take in the larger-than-life elements.

First thing that caught my eye was the massive bronze chandelier suspended from the ceiling. It looked like it hadn't been used for centuries, but it still looked beautiful...in an austere, deadly sort of way. It made me imagine medieval death traps, like when an English lord would use a secret lever to have the chandelier come crashing down on his hateful wife's head, and he'd finally be free to marry his one true love—-

I quickly shoved the thought to the back burner.

Now was definitely not the time to let my imagination get carried away.

Keep your head together, T.G.!

I let myself look around, but the more I saw, the more it felt like I had time-traveled back into the Middle Ages. Heraldic banners and battle-scene tapestries hanging on the walls. Torches lit by real, honest-to-goodness fire. And at the center of it all was a gigantic slab of stone that could very well be the world's most imposing desk. Or maybe it was the stone altar right out of Narnia. Who knew?

At this point, I was ready to believe (and fear) anything, and I could only dig my nails into my palms as I forced my gaze to wander past the stone table—-