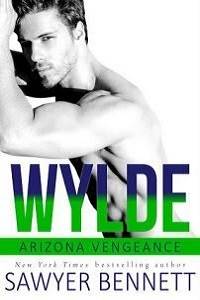 I love living in downtown Phoenix. My condo is on the fringe of the social scene, which is filled with trendy cafes, fine dining, and upscale shopping. At night, I merely have to step out of my building and walk one block west to be in the thick of it all. Five blocks south, and I’m at the arena where the Vengeance plays. My truck mostly stays parked in the underground garage unless I need to use it to drive to the airport for away games, but I’ll often just Uber it.

I’ve always preferred city living, and I lived in downtown Dallas when I played hockey for the Mustangs before being traded to the Arizona Vengeance. It’s a single man’s playground, the city life, and I wouldn’t trade it for one of those houses in the burbs that a lot of my teammates choose as their choice destination for fine living.

I ignore the elevator on the fourth floor of my building, choosing to take the stairs instead. For fuck’s sake, I’m a professional athlete… I should be able to handle four flights of stairs coming and going.

When I step out into the June morning, it still takes me a moment to get past the startling dry heat. It seems like I’d be used to it since I’ve lived the last several years in the southwest between Dallas and Phoenix, but this New Englander still has a tough time living without humidity.

Regardless, today is the day I’d chosen to get back into the swing of things with my workouts and I can’t let a little fire in the lungs before I even start my run stop me.

It was just ten days ago that my team, the Arizona Vengeance, won the Cup championship over the defending champions, the Carolina Cold Fury. It’s been ten days of being lazy, eating bad food, and drinking lots of beer. I’ve been going out with my single buds on the team almost every night, getting drunk and heading home with a different puck bunny.

But fuck, I can only take so much of that type of hedonism. Like I said, I’m a professional athlete and with that comes a certain way of living.

For my entire hockey-playing life—starting before I was a teen—I’d taken my training seriously. I’d been told by coaches early on I had raw talent, but part of developing that was in conditioning my body. That meant good nutrition, workouts, and maintaining a winning attitude at all times, even in the off-season.

That’s where we are now… the glorious off-season of summer, but that doesn’t mean I don’t have to work.

Starting today, it’s back on. Training camp is only three short months away, and the pressure for us to perform at the same or better standards is immense. On top of that, my contract expires at the end of next season, and I’ll be damned if I’m going to operate at anything less than one hundred percent.

So today, I start back running and I usually average at least twenty miles a week, broken into four or five morning runs.

Many of my defense peers aren’t into running, focusing instead on strength training and muscle endurance. Those are important, too, but I’ve always loved running for some reason. I’m easily able to let my head go into a subspace, and it’s quite meditative for me. On top of that, it burns a lot of calories. It means I can eat more, which is a bonus given how much I love food.

I take a moment on the sidewalk to do some dynamic stretching—heel-to-toe stretches, hamstring curls, and leg kicks. I do two sets, walking up and down my condo’s block, oblivious to the people who do double-takes when they recognize me.

For the most part, that doesn’t happen. Yes, I’m a well-known player for the Arizona Vengeance, a first-line defenseman, but the entire city isn’t into hockey. More often than not, I’m able to go places without being recognized, but that’s also dependent on where I go. Sports bars, I’m bound to get approached for autographs. The grocery store, less likely, particularly since I like to go early on Sunday mornings when it’s practically dead.

Legs fully stretched, I start off in a slow jog heading east and after the first quarter-mile, I pick up the pace. My earbuds are cranked, and DJ Khalil elevates me to run faster.

My mind wanders, trying to figure out my summer. I haven’t given it a lot of thought as I’m more of an impulsive, do-things-when-I-feel-like-it kind of guy. I know I should plan a trip home to New Hampshire to see my mom, but the thought of it starts to depress and demotivate me, so I put it out of my head. We don’t have the best relationship and any trips home are made from a sense of obligation, not because I actually get joy from our reunions.