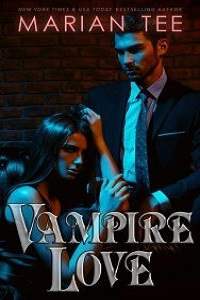 A human pet is not supposed to say “No” to his or her Master.

But there are no rules that say you can’t bargain, blackmail, nag, lie, cheat, manipulate, (insert all the other sneaky verbs you can think of here).

Alexandru was careful to keep his distaste from showing as he was led down the mining shaft, which had been boarded shut for over a hundred years. Once the site of a grisly massacre, the place now served as the venue for the illegal auction of pets.

Around him, “candidates” were either chained to the wall or tied to the posts, all of them naked and suffering from every kind of degradation that potential Masters could think of. Some of the pets’ eyes were dull with despair while others had not yet quite lost hope. Those were the ones he had a difficult time ignoring. Everything in him clamored to release his fury on their tormentors, but Alexandru managed to keep his violent urges under control.

Soon, he promised himself. Once he found what he was looking for, he would tear this place apart.

After several turns that took them deeper into the torch-lit tunnels, the imp he had bribed finally stopped at the end of a heavily guarded entranceway. The gate was made of reinforced steel, and a huge, scowling troll stood on each side.

Even as the bloodthirsty creatures gazed at him suspiciously, Alexandru had no trouble keeping his face impassive. He knew they were trying to determine his identity and figure out how strong or weak he was. But he also knew, no matter how hard they tried, they would not be able to read him.

Centuries spent hunting down the kingdom’s outlaws had made him well-versed in deception. His skills ensured that people would only see what he wanted them to see, and right now, with his dirty but expensive cloak, hunched shoulders, and blood-stained teeth, all the others saw was a lustful vampire with an uncontrolled appetite for human virgins.

Fishing out the bags of gold coins in his pockets, he handed one to each troll. “There is more of that for you if you allow me an hour’s pleasure with this candidate.” Licking his lips in seeming eagerness, Alexandru rasped in a lewd voice, “The imp promised me she’s a virgin. Is it true?”

The trolls were having a hard time taking their gazes off the bags of gold coins. They were like leprechauns in that sense, but they weren’t as fussy. All that mattered to trolls was wealth, and they didn’t mind what form it came to them.

At the word ‘virgin’, though, one of the troll’s head jerked up, a wary expression flickering in his soulless eyes. “The bosses told us that she must remain a virgin. A high roller’s going to arrive tonight. He’s done and paid a fortune to have her untouched.”

“But I want to taste her, just a small taste. I promise I won’t take her pussy,” Alexandru whined. “Her ass would do. It won’t make a difference if I take her ass, right?”

The wariness disappeared from the troll’s eyes. “Yeah, yeah, that’s gonna do.” He unlocked the door. “Just don’t ya take your money back if she ain’t made you happy.”

The makeshift room housing the star of tonight’s auction was curled in a ball on a dusty pallet. Her left wrist was manacled, its thick chain bolted to the wall. Her body was almost boyishly slender, and if not for her long, ash-blonde hair, Alexandru might not have recognized her as a girl.

The scent of her blood didn’t hit him until he had been inside her room for half a minute. It was so faint, so delicate, that a younger vampire would surely have missed it completely. And maybe, if he had not been forewarned about her existence, he himself might have failed in singling it out as well.

Inhaling deeply, Alexandru took in her scent, committing it to memory. A vampire’s sense of smell was not as good as a shapeshifter’s, but he preferred being thorough. He wanted to be sure that after this mission, he would be able to spot a soul seer even miles away, whether by sight, smell, or feel.

The girl twitched ever so slightly, and Alexandru’s lips curved. He had known from the start she was pretending to be asleep, and he had allowed her to pretend, curious as to what she planned to do. The spark of interest inside him was a surprise, but one he also welcomed. It made him realize how completely detached from life he had become in the years he had spent roaming the world, killing without ever living.