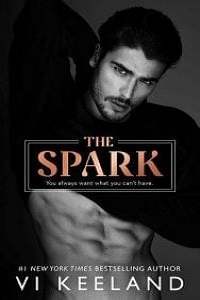 I’m definitely getting too old for this.

I tossed a pile of mail on the couch and plopped down beside it. It was barely six o’clock, and I wouldn’t have minded climbing into bed and calling it a day. I needed a vacation from my four-day mini vacation. Thank goodness I’d scheduled myself a weekend to recover. My girls’ trip/early bachelorette party in Vegas for my friend Anna—the one where we were all going to relax by the pool and get spa treatments—had turned into all-night clubbing and almost missing my flight home earlier today because I’d overslept. It had definitely been a while since I drank more than two glasses of wine in the span of a week, and I was feeling my ripe old age of twenty-eight before the sun had even set this Friday night. Thank God I didn’t have to work tomorrow.

I briefly considered going the hair-of-the-dog route and sucking back a vodka cran while zoning out on Netflix, but then my phone rang, crashing me back to reality.

Dad flashed on the screen. I should’ve just gotten it over with and spoken to him, but I didn’t have the energy. Nonetheless, allowing myself to avoid the stress speaking to my father would inevitably cause reminded me of the other thing I needed to do that I’d been avoiding all afternoon. Laundry. One of my least-favorite tasks—mostly because it required me to sit downstairs in my building’s dingy basement laundry room. Up until a few months ago, I would start my laundry and come back forty-five minutes later to make the switch to the dryer. But that practice had come to a halt after one of my loads went missing—an entire load of wet bras and underwear. Who the hell stole wet clothes? At least nab dry ones. Nevertheless, it was an expensive lesson, and now I didn’t leave the basement until my clothes were washed and dried.

Sighing, I begrudgingly went to the bedroom, where my suitcase still sat on the bed, and unzipped it. I’d packed a linen skirt on top that I hadn’t wound up wearing, and I figured I’d hang it in the bathroom and hope the wrinkles worked themselves out over the course of a couple of steamy showers. I hated ironing almost as much as I hated doing laundry downstairs.

But when I flipped open the top of the suitcase, my linen skirt wasn’t on top. At first I thought my bag must’ve been selected for search, and things hadn’t been put back in order… Though the wingtip shoe I lifted was most definitely not mine.

I rummaged through the suitcase in a panic.

Slacks, running clothes, a men’s dress shirt… A sickening feeling washed over me, and I scrambled to look at the luggage tag. I’d never filled out the identification card inside, but the leather had my initials embossed on the outside.

And this one…had no initials.

I’d grabbed the wrong bag off the luggage carousel. I started to sweat. All of my makeup was in that bag! Not to mention a week’s worth of my best outfits and shoes. I needed to get it back. Rushing to the kitchen, I grabbed my cell from the charger on the counter and Googled the number for the airline. After wading through a half-dozen prompts, I reached a recording.

“Thank you for calling American Airlines. Due to unprecedented call volume, your estimated wait time is approximately forty-one minutes.”

Forty-one minutes! I blew out a rush of air. Great. Just great.

In the meantime, while I waited on hold on speakerphone, listening to staticky music, it hit me that whoever’s luggage I had might very well have mine. I hadn’t even checked the luggage tag to see if, unlike mine, the identification information was filled in.

I zipped back down the hall to my bedroom.

Donovan Decker—kind of a cool name. And he lived here in the city! Thankfully, Donovan even had his phone number listed. It couldn’t be that easy, could it? I doubted it, but considering I still had forty minutes before I could speak to someone at the airline, I wasn’t losing much for trying. So I swiped to end my call. I started to punch in the numbers on the tag, and then decided to hit *67 first to make my number private. With my luck, the guy wouldn’t have my luggage, but he’d be a total creeper.

I was caught off guard when a man’s deep voice answered on the first ring. I hadn’t yet figured out what I was going to say.

“Uhhh. Hi. My name is Autumn, and I think I might have your luggage.”

“That was quick. I just hung up with you guys two minutes ago.”

He must’ve thought I was calling from the airline. “Oh, no. I don’t work for American. I traveled home this morning and must’ve grabbed the wrong bag at JFK.”