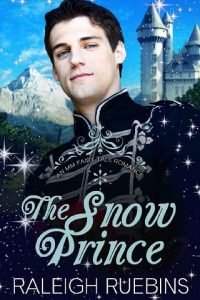 “This is our tree,” Henry proclaimed proudly, staring at the pine sapling in front of us. He brushed his hands on the sides of his pants, fresh soil falling to the ground.

The evening air was chilly, the kind of cold that signals months of winter ahead. We’d been outside in the front yard for hours, but the icy wind had just started. Henry’s sandy colored hair was whipping side to side in the gusts.

He never seemed to mind the cold. It was one of the many items on my endless list of Reasons I Loved Henry Denton So Damn Much.

“Our tree,” I repeated. I liked the way it sounded.

“Yup,” he said, putting his hands on his hips and surveying the front yard like he was a foreman of a construction site. All we’d done was dig a little hole, put the tiny tree in, and packed some soil around it. But it felt more special than that.

Everything else in my life, I’d never had to earn. The tree was small, but it was something we had done together.

Henry smiled. His cheeks were always slightly pink, but after being outside so long, tonight they were even ruddier than usual. We watched as the pine sapling blew to one side, its tiny branches shivering in the wind. The sun had just set, painting the sky a dusky grey-blue. It was going to snow tomorrow. Maybe even late tonight.

“You think it’s going to make it?” I asked, stepping to one side as if I could protect the baby tree from the wind.

“Of course it will,” Henry said. “It’s sturdier than you think.”

He pulled a packet of Cocoa Bites cookies out of his pocket, popping one in his mouth and chewing as he watched the tree. Henry always had the cookies. He loved them more than some people loved their own family.

“It’s going to be even windier and colder tonight, though.” I frowned as I watched the pine tree’s wiry branches bend, like they could buckle over at any moment. “The rosebush we planted last year only lasted a month.”

“We planted this better. Trust me, Sebastian. This tree ain’t going anywhere.”

I needed the tree to make it. I’d already grown attached to it, and somehow, it symbolized my life down here in Berrydale Village. I had to leave tomorrow, but this tree could stay forever.

“I’ll take good care of it while you’re gone,” Henry told me, his voice going softer for a moment. “I promise.”

I gave him a small smile. “The pine tree is going to be diabetic with all of those cookie crumbs you’ve put into the soil.”

“Cookies are an important part of every sapling’s diet.”

He handed me a cookie and then shoved his hands into the pockets of his old, weathered army-green jacket. It was secondhand like all of his clothes, full of fraying holes, and yet it fit him like it had been made just for his body. It was unfair how these things seemed to find him, but it didn’t change the fact that the jacket was item number 5,829 on my list of Reasons.

I wished I could snap my fingers and make myself be more like Henry—someone confident, optimistic, and so sure of himself and the things he did. My life felt like a straitjacket constantly tightening around me, with my family’s legacy hanging over every single second of my life. Henry, to me, was magic: he had no money, barely any family, and no friends to speak of, other than me. But he acted like he owned the whole world.

My mother, Queen Charlotte Pearsen Stolvisse Ambrose, ruled over the kingdom of Frostmonte. Henry and I were in Berrydale, but the surrounding villages of Tilden, Deercrest, Aldwick, and Bleneth were also in Frostmonte Kingdom. At the center of them all was the mountain where Frostmonte Castle sat. Everything beneath Frostmonte Castle was ours. Mine, one day. The villages made their own laws, but the royal power of Frostmonte was something else. Mostly symbolic, but very real.

People cared about what my family did. Way, way too much. And I’d hated it for my whole life.

And of course, the good people of the villages also paid a small percentage of their taxes to fund the castle. Something my mother always sternly reminded me of.

“Sebastian? It’s getting cold out there,” my aunt’s singsong voice called from the small cottage house behind us. My mother let me stay with my aunt down here in the village during the school year, but even here, there were strict rules.

“Shit,” Henry said. “She’s going to hate me for keeping you out past your bedtime.” He used his boot to brush away a few brittle oak leaves that had blown near the pine sapling.

I didn’t want to go back inside yet.