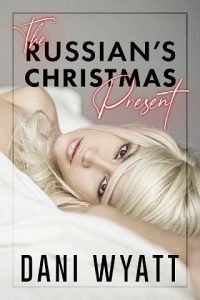 I’m on my second shot of Stoli and if I don’t get away from my mother soon, I’m going to start chugging straight from the Baccarat carafe.

“Roan, please.” She gives my best friend her most imploring smile. “Tell him.”

“You need a new suit.” Roan tosses back his own amber liquid shot from a crystal highball glass and gives me an amused look.

“Why are you even here?” I snap at Roan who snort-chuckles and shrugs toward my mother.

“He’s a regular Jolly Old St Nick.” He walks over to the bar and pours himself another finger of scotch.

My mother interrupts. “He’s here because I invited him, Martel. Otherwise you were going to check into your hotel and God knows when I’d see you. We have twelve bedrooms for goodness sake. And a guest house. You could stay out there.” My mother implores. “If it wasn’t for your Grandfather living here, we’d never see you. Holidays, weddings and funerals…”

“I hope you’ll come for my funeral.” Roan smirks, stepping from the bar to take a seat on the royal-blue velvet sofa next to my mother, who is tapping away on her phone. She’s wearing her classic two-piece Chanel suit, with three layers of pearls and her makeup and hair looking straight out of the salon, as usual.

“I may cause you to have a funeral sooner than you’d like.” I grit out at my friend, clearing my throat as I look around the living room where I grew up.

As it is every year, the entire twelve thousand square feet of this preposterous home is professionally decorated for Christmas with red and white everything everywhere and so many twinkling white lights I’m about to have a seizure.

It’s January 5th, and for most people Christmas is over. Not for us. Both sides of my family are Russian, third generation here in the U.S. but in our world, January 7th is the day of the celebration, not December 25th like it is for most everyone else.

The headache that started as soon as I packed my truck to head here now feels like spikes driving into my temples. The unfortunate thing is, I like Christmas. For the bulk of my youth, we spent traditional Russian Christmas Eve and Christmas morning at my maternal grandparents’ house in Townley, PA.

I own the house now, that’s how much I loved it there. I bought it from my Grandfather ten years ago after my grandmother died and his Parkinson’s advanced to the point he couldn’t live alone. Soon after, my mother didn’t think two single men could take care of themselves and she moved her father to our family home, then hired a team of caregivers and nurses to be sure she wouldn’t have to do any of the dirty work herself.

Well-meaning, if a little cold, but that’s my mother.

“You’re always so contrary.” My mother puts her phone down and folds her perfectly manicured hands in her lap. “Besides, Roan has already agreed.”

I dart my eyes between them, and I already know I’m not going to like the answer to my next question. “Agreed to what?”

Roan sniffs as he and my mother exchange a glance. “The charity event tomorrow. That’s why you need a new suit.”

The Russian tea cakes my family’s cook brought out just a minute ago are beginning to smell pretty fishy.

“For the Parkinson’s Association.” Roan raises his eyebrows, giving me a knowing look raising his glass to me. “Hard to say no to that.”

I run my hand through my hair and grip the back of my neck on the way down. As if on cue, there’s the sound of footsteps from behind me and I turn to see my Grandfather being wheeled into the living room by Emily, one of his aides.

“Little birdie told me you’d landed back in the nest.” He holds out a quivering hand and I hop up and make my way toward him.

“Grandpa. You’re looking more like Hugh Hefner every day.” I stand back and give him an admiring look. “Where are the bunnies?” I lean over to look behind him as Emily grins.

“He wore them out.” His caregiver leans down to whisper in his ear. “Some things get better with age.” She squeezes his shoulders and gives me a wink.

“Sure.” My grandfather rolls his eyes. “I had my one bunny. That was all I ever wanted or needed.”

The house my grandfather built, where I now live, was simple compared to this stone-walled monstrosity. He built the solid Sears Craftsman House by himself, with the help of a few friends and family, back when he was in his early twenties. A few years later, he married my grandmother and it’s also where my mother grew up, but you’d be hard pressed to get her to admit that to most of her current circle.

Scroll back to top