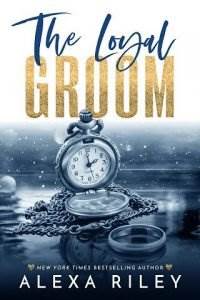 I grab my chemistry book out of my locker before dropping a few others back inside. Luckily the first day of Kingswood Prep has been boring. People say that middle school has some of the worst bullying, but I hope that isn’t the case.

The private elementary school I went to before was for girls only. It’s a bit strange to have boys in my classes now, but things actually seem calmer. Maybe it’s because we’re all trying to figure out where we fit in, but I’m feeling better than I thought I would.

I check my schedule again, looking for the room number before I head to class.

“Oh shit,” I hear a voice say before I run directly into someone.

My head jerks up when two firm hands land on my shoulders, stopping me from walking. When I look up, I see a guy that’s much taller than me with a broad chest. I would think he’s a student teacher from the high school if not for the white polo shirt that has the school's name embroidered on it. Although uniforms suck, I love this one way more than my last. There we all had to wear dresses and here the girls can pick to wear the plaid skirt or khaki slacks.

“Sorry. I didn't see you,” he apologizes, and I look up into his gray eyes.

I’ve never seen that color before, and I notice as I keep on staring that there are tiny streaks of brown and gold within the gray. I stand there unable to form words as I look him over. He seems familiar, but I know I would remember him if we’d ever met. My heart races in my chest, and warmth blooms within me.

Those eyes search my face, and I open my mouth, but nothing comes out. I close it as I take in the sight of him and his hands on my shoulders. He’s got short black hair, a chiseled jaw, full lips, and a nose that has a small bump like he may have injured it at some point. The bump only adds to his perfect hotness somehow, and his olive skin is also flawless. Then he goes and smiles, revealing straight white teeth, and I unconsciously run my tongue across my braces.

“I can take you to the nurse’s office. I don’t know where the fuc—I mean heck it is, but I’ll find out.”

Realizing I haven't said a word and he probably thinks he injured my brain, I rush to explain. “I’m fine.” I step back, letting his hands drop away. “Gotta go.” I dart around him and almost run into someone else.

“Watch where the hell where you’re going, Violet.”

I ignore Cara and the name she calls me as I keep walking toward my classroom.

I swear I can still feel the hot guy behind me, and I don’t have to turn around to check. I try to ignore it and focus on the fact that they won’t let that dumb nickname go.

I showed up to one Friday fun night in the fourth grade wearing a purple dress. I have always been a little on the chubby side, and even though I’ve thinned out some, it’s nothing compared to the other girls. They dubbed me Violet from Charlie and the Chocolate Factory because she eats a piece of gum and turns into a giant purplish blueberry.

It’s so stupid, and it’s been three years, but nobody will let it go. Especially coming from the Fabulous Four, as they call themselves. This was the first time I ran into one of them today.

I was certain they’d all transferred over to Kingswood Prep, which is one of the best in the country. It’s rare that anyone coming out of this place isn’t able to get into whatever college they want. There will be a lot of students with scholarships and even more based on their last names. I’ll likely fall into both categories.

There’s also a handful of students that come here on scholarships. They might not come from money or have a name, but they are brilliant in some way or another, and Kingswood seeks them out.

When I find my class, I slip into one of the desks in the room then reach into my backpack and pull out what I might need. I text my best friend Lily, who only has a couple of classes with me this year. We’ve been best friends since we were little because our mothers are close. I only call it close because in my world I don’t think many people truly are. Friends are commodities around here.

Lily and I are the exception. I fill her in on the Fabulous Four and tell her to remind me about the boy I saw. Not that I am going to forget.

“Violet.” A familiar voice fills my ears, and the hot guy from the hallway towers over me before he takes the seat right next to mine. “I’m Darian.”