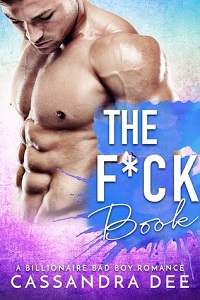 This should’ve been one of the best nights of my life, but instead it was boring as shit. The box seats were pretty incredible for sure, floor to ceiling glass aeries high in the sky. There was good food. Beautiful ladies, bouncing from lap to lap. An exclusive view of the game on the court below. Nothing I could have imagined when I was a hungry kid desperate to make it big.

But now I’ve made it bigger than big.

And yet I was bored.

The two teams below were the best of the best, stacked with MVPs and athletes whose paychecks were in the eight figures.

More like eleven or twelve zeroes on that shit.

So yeah, I was bored.

“Hey bad boy,” a girl cooed, wriggling onto my lap. Big boobs, skinny ass, and bright red lipstick. Why do girls do their mouths like that? She could give the Joker a run for his money with that wide ear to ear grin.

But the female had no idea what I was thinking. The blonde wriggled, tits bouncing like fake, plasticky water balloons. One almost smacked me in the chin.

But she didn’t even notice.

“How’s it going?” the girl cooed once more, trailing long red fingernails down my chest. Fuck, they were like razors, almost taking off a button. “Life treating you well?”

Jonas interrupted from a nearby couch, a similar girl bouncing in his lap.

“Damn, that one’s hot for you, Mason,” he chuckled, knocking back a fifth of something. My respect for this guy isn’t exactly high. He’s a trust fund kid who managed to quadruple his family’s wealth over the last couple of years. But it’s not talent. It’s always been his dad in charge, whether from behind the scenes or straight up with the money. I mean, look at this fucker. He barely made it out of pre-school with that ridiculous cowlick and dirty fingernails.

But Jonas is unstoppable.

“You should let her suck your cock so I can watch,” he grinned lasciviously. “I bet she’d be hot.”

Please motherfucker. I don’t do girls like this. I like ‘em round and luscious, not the ninety-pound bag of bones currently giggling like a maniac for no reason. Because of course, the woman squealed happily.

“Oh my god!” she cooed, mock outraged. But that changed in two seconds flat. “What do you think, big boy?” she whispered into my ear, trailing one hand down my broad chest. “I could do it. I think you’d like it.”

I held back a yawn.

“Tired?” she parroted with wide eyes, mouth already in a round “O.” “That’s why you need me. I’ll wake Mr. Happy right up,” she added with a sly smile, licking her lips.

But I wasn’t into it. I wasn’t into any of these girls in fact. Because yeah, they’re paid to be here. All these girls were aspiring models and actresses who wanted to make a quick buck doing a gig for the Players Club. So yeah, skinny as fuck scarecrows all around, ready to suck dick if the dollars were right.

And the money’s always right, at least for a crowd like this. A lot of the females left our parties with thousands of dollars in their pockets, showered with cash. And they earned that money for sure, doing all sorts of depraved shit at the request of members. There ain’t nothing moolah can’t buy, not in this town.

So the female gazed eagerly at me, fingers already lightly skimming my bulge as dollar signs cha-chinged in her eyes.

But naw. I didn’t want another puppet on my jock. In the beginning, all this stuff with the Players Club was fun, especially when the wealth was new and I felt I had to prove myself. Ten years later though, and it was clear the cash was here to stay. That I was here to stay. But somehow, the scene wasn’t for me anymore. It was for kids and frat boys, dumb idiots who chewed gum with backwards baseball caps, even if they were worth billions. You can’t buy class, that’s for sure.

A cheer went up from the crowd below. The home team had scored. But in the skybox, barely anyone noticed, rubbing up against a girl or two as they gorged themselves on food, drink, females, drugs, anything and everything at their disposal.

Rex, CEO of a shoe company, had one girl bobbing her head on his dick as her friend ate her from behind. He was fully dressed and sitting sprawled in a high-backed chair like a king, dick sticking out the fly of a five thousand dollar suit. Both girls were moaning loud, really putting on a show. Fuck. This was right up Jonas’s alley. Why didn’t he bug Rex and not me?