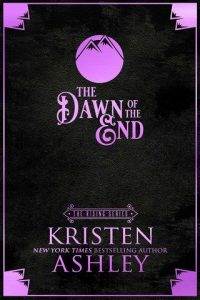 Underground Lair of the Beast

He felt it, even in his weakened state.

The veil, it was growing strong.

The prophecy, it was advancing.

When he also felt he had company in this dark hole where they allowed him to go when they weren’t using him or making him serve, Jellan curled deeper into himself, pressing his abused body closer to the stone wall.

He could tell them.

He could use his knowledge of the prophecy, his feel for the veil, to better his circumstances down in that dirty, cold, ugly hole.

The Mistress of the Beast.

That fiendish creature should be his.

The thing liked using him.

Perhaps Jellan could turn that around, gain control of…

She kicked him in the back, and Jellan tasted blood as he bit the insides of his mouth to stop from crying out.

He’d given them his tears. His pleas. His moans of agony.

They would have no more.

They would take no more from him than what they could force from him.

“I asked, are you hungry?” she demanded.

He needed to keep his strength.

He heard something drop to the ground close to him and turned carefully, battling the pain that seemed to infuse every inch of his body.

He could not make out what it was in the dark, a joint of some animal, not very much meat, lying in the dirt.

He took it up anyway, thinking he had to plan.

He had to plan.

And he had to have strength to plan.

He was a Go’En priest, for Bedi’s sake. A member of the Society of the Beast. One, if not the most powerful sorcerer in all of Triton.

He was born to master the Beast.

He was made to master the Beast.

He had to find a way.

He had to plan.

She started to move away, but he called to her, forcing timidity into his tone.

“C-can I ask you a question, Mistress?” he requested.

She turned, moved back to him, and he braced.

Like a woman, her moods were inconstant and sometimes volatile. He could not know if she’d kick him, call to the Beast and demand Jellan be used again or stroke his hair and coo to him.

In the end, he would lash her to the ritual ground, Jellan vowed it. He’d call the entire Society to have their way with her. He’d stand over and watch her take each cock and then he’d stand over her and watch her take each blade. And finally, when she was beaten and humiliated to the core of her soul and praying death would come fast, he’d give her that by drawing the final blade across her throat.

All of this looking right in her eyes.

All of this with the Beast at his back.

“What is your question, pet?” she asked.

So it was his benevolent mistress this time.

“Was calling to you?”

He nodded, gazing up at her but not meeting her eyes.

She needn’t know he was none of that.

“But, if he has no power down here, how does he make the earth quake? How did he call out like that? How does he pull you down? Me? The other women?”

“He has no magic, but he does have feelings. And just like everything with him, his feelings are stronger, more powerful, more sweeping than anything a mere mortal would have. They move the earth. When he makes the surface, if he should not get his way, they’ll probably shake the heavens.”

Jellan shuddered at that thought.

“But how does he pull you down?” he pressed.

He blinked up at her.

“I brought you,” she went on, “and your brothers, our girls. That is my power. He reached to me, but my magic gave him that power. And my power brings him to the surface. But once there, the merfolk’s binds on his magic are erased. And once we feel the time is right, we will surface and make all of Triton bow to us.”

Not if the prophecy goes forward, Jellan thought. Not if the lovers wed, consummate their love, ally all kingdoms, learn their gifts and how to use them. If they do, he will not be banished back to this under-realm, you won’t either. He’ll be slaughtered. As will you.

“He…he would hum to me. After—” Jellan began.

She laughed an ugly laugh.

“This was considering what he’d do to you when I delivered you to him, not for any other reason, pet. Don’t get any ideas in that silly, stupid, villainous, despicable head of yours. It was not your rituals he craved. Not your seed that stirred him. It was knowing I would come to him soon, and when I did, when I found my way to this place, to him, I could bring you to him.”