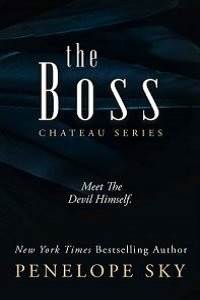 Years of patience, years of virtue.

It passed with the quiet click of a clock, counting the minutes forward, but also counting backward, counting down to a date that had never been set. Because that date was a moment, not a weekday, not a weekend, not a year.

The home was dilapidated, practically unlivable, deep in the evergreen forests of Romania. There wasn’t even a road that led to the property, just a dirt path covered with leaves tinted with red and orange. Fall was bitter with cold, giving a whistle on the wind like the winter train was about to pull into the station.

The weathered wood cracked against the elements, a stair was missing in the steps, and the windows had cracks where shards had popped out of the frame. A single footstep with a heavy boot made a creak that reverberated through the house.

But a caged animal had nowhere to run, not out here.

Every step made a squeak, every movement cast a shadow across the broken walls, every moment made their hearts beat slower and slower. A narrow hallway led to a single bedroom, a cot sitting on a slab of wood, a lantern on the nightstand, a set of eyeglasses. Pictures of naked French girls were hung on the walls, decades-old and taken from outdated magazines that were probably found in the bottom of a dumpster.

The small window showed the exterior, the early morning light that broke through the trees and highlighted the gentle powder of snow that caked the branches and leaves. Like sprinkled sugar, it was on the ground, the gentle beginning of a rough winter.

He lay on his back in the small bed, a single pillow behind his head, one hand across his stomach, gentle breaths filling his lungs and expanding his body in peaceful ways. Far away in dreams, he was unaware of the two men who moved to either side of the bed, who surrounded him like the night, dark like shadows.

They both stared down at the pathetic man before them, sleeping soundly in a place he arrogantly assumed they would never find. His dark beard was now filled with strands of gray, and it grew like a brush along his chin, hung like stems of ivy down his chest. The stench wafted to their noses, causing a slight burn like the dung on a pig farm.

The shadow on the left withdrew his gun and pressed the cool barrel to the man’s forehead.

He cocked the gun, a little click filling the small bedroom of the shack.

Like a light switch flicked on, eyes opened, staring at the gun pressed to his forehead, the view of the shadows above him blurred. The quiet breathing quickened, panic moved into his gaze, but it faded as quickly as it came, turning into an acceptance so peaceful it almost looked like desire.

The shadow spoke, a voice deeper than hell, a voice that reverberated with power, with retribution, with the promise of vengeance. “Did you really think it would be that easy, Father?”

His knees sank into the dry mud, his hands behind his back, viewing the forest in front of him, the birds chirping a beautiful song, like it was just another day in the world, not the day of execution for a traitor.

In a black bomber jacket that fit his broad shoulders like they were a coat hanger for a suit, he stood behind his father, watching him stare at the beautiful peace before him, the world he would leave in a very unpeaceful way.

His brother shifted his gaze to look at him, to silently conduct a deep conversation between them, with details and logistics, all passing in just a single lock of their mutual gaze. With brown eyes earthy like the trees and dirt, he watched his older brother, eyeing the knife in his hand.

Their father remained where they’d left him, breathing deeper and harder, yanking on the ropes around his wrists so he could clutch his chest and dispel the anxiety that brought him into a state of panic. There was no greater torture than the fear of the torture, of the painful moments as you waited for death’s knock on your front door. All you could do was close your eyes and strain your ears to hear that sound, that sound that would end the suffering because the wait had finally ended.

He gripped the knife in his gloved hand, a knife that had never been used, sharp enough to cut through the densest bone. “There is no death that will suffice. His spilled blood will never erase the red stains on their pillowcases. The rot of his bones will never catch up to their already rotten graves.”

His brother stared on and, after several seconds, gave a subtle nod.

“But his execution will be their revenge.” He stepped forward.