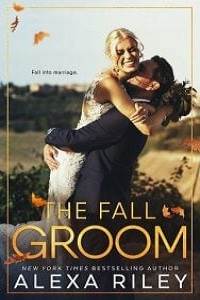 The asshole clocked Alex in the jaw and immediately a tangy, metallic flavor filled his mouth. He turned his head, spit out the blood, and turned back to Karson. Alex shouldn’t have drank so much, and he certainly shouldn’t have hit on the beefy wrestler’s girlfriend, especially when he knew Karson had one hell of a temper.

But Alex did like to live on the edge, and what hot-blooded male didn’t like a good fist fight? He was also just drunk enough that he didn’t give a fuck and felt like he had the strength of five men.

“You’re a stupid fucking prick, and I’m going to enjoy knocking your ass down,” Karson growled low and rolled his head back and forth on his shoulders. He grinned slowly and cracked his knuckles as he stared at Alex with bloodlust in his eyes.

Alex may have a good three inches on the wrestler’s six-foot frame, but Karson was a thick asshole from four years of college wrestling. Hell, the guy didn’t even have a neck.

The frat house party was in full swing, but a hoard of people had congregated around them. Their excitement to see more bloodshed was tangible, and the pounding bass of the rap music, and the spectators hollering for them to throw another punch, had adrenalin pounding through Alex’s veins.

The alcohol became a dim entity inside of him, and Alex straightened to his full six-foot-three height, rolled his shoulders, and got ready to get dirty.

“Well, come on then.” Karson’s face turned a deep shade of red, not something that looked particularly good against his bright red hair and splashing of freckles along his cheeks and the bridge of his nose.

The burly fucker charged him and started swinging, his anger causing his movements to be sloppy and uncoordinated. Slow. Alex may be drunk, but he had gotten into enough fights to do this shit in his sleep.

A fist came at him and he blocked it. Bringing his arm back and then forward, he slammed his knuckles into Karson’s jaw. Karson’s lip split instantly and blood started a slow trail down his chin. The crowd went wild, and Alex would be lying if he said he wasn’t getting off on it.

Their chants for more became a rhythmic movement inside of him, and he went after the wrestler again. A right hook to the chin, and then a punch to the gut had Karson doubling over and grunting in pain.

“You fucker.” Karson turned his head and spit out a mouthful of saliva and blood.

Alex grinned when the wrestler bared his red-tinged teeth.

“You walk around here like you fucking own the place.” He swung and Alex moved out of the way seconds before his fist connected with the side of his head.

They did this several more times until the crowd got restless and Alex had enough of this fucking dance. He moved to the right to block Karson’s blow, and then followed up with two hits to his kidneys. Karson went down like a big fucking sack of potatoes. He groaned and grunted, trying to rise but instead fell back down and wrapped his arms around his waist, staying in the fetal position.

Karson’s girl came running up to him, dropped to her knees and started petting his bloody, bruised face. Alex didn’t stay around and watch, and instead spit out another mouthful of blood and pushed his way through the crowd. Several of his fellow football teammates slapped him on the back and started giving him a play-by-play of the fight like he wasn’t just involved with it firsthand.

The frat house was filled to the brim with students from Black Mountain University, as well as a few of the smaller colleges from the surrounding areas.

A drunk girl wrapped her arms around Alex’s neck and pressed her tits into his side, muttering how strong he was, how he’d been so “badass” in the fight.

“Alex,” her whiny, slurred voice told him she was drunker then shit, which was an immediate turnoff. Unhooking her arms from him, he gave her a smile but gently pushed her away. She pouted her red painted lips and took a step closer to him.

He shook his head. “Nah, girl. Not interested. You need to sleep it off.”

“I’m not drunk.” She said at the same time she tried coming closer again.

“Sleep it off,” he said again, and turned to head back into the kitchen for another drink.

The kitchen was packed, and a small line was formed in front of the keg. He didn’t want any beer, but a shot sounded like it might hit the spot after the shit with Karson. He really should just go pass out in one of the rooms since he had to be up early for football practice, but fuck it.

“Alex, my man.” He looked over his shoulder to see Kash Lennon coming forward. Kash slapped him on the back and lifted up the bottle of Crown, his grin wide. “I gotchu man. Come on.”