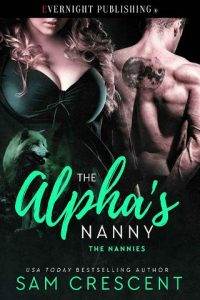 Rocko East didn’t like humans. They were the destruction of all life and he’d killed so many of them in his fifty years as an alpha. He lived to protect his people. His pack. They all belonged to him and he would sacrifice his life for them.

He walked down the main street that his pack had lived on for longer than he could remember. He’d taken over from the previous alpha when he’d gotten too sick to lead, and now he was the one in charge, who made the decisions in the East Pack.

He was the strongest and the best, and that wasn’t bragging, just stating a fact. Unlike others, he got shit done and wasn’t afraid to do unspeakable things in the name of wolf law within the pack.

Running his fingers through his neck-length hair, he glanced over at the humans who were currently eating in a small café under armed guards. Most of them were men, only a few women, but they’d been in a town not too far from them and had been planning to wipe them out of existence. When he heard of their plans, he’d invaded, took their weapons, and imprisoned them all. Well, the ones who had lived, obviously. There were some humans though, who hadn’t wanted to kill wolves and in fact had been imprisoned by their own people.

The only time he’d ever locked up one of his own was when the rage took control and all they wanted to do was kill, to hunt. Then, he made sure to be the responsible one for as long as the rage took over them. He didn’t believe in locking up his own people unless he absolutely had to.

Now, as he stood looking at the group of people, he saw one woman. Both of her hands were chained and he noticed no one sat with her. She was alone within the group. His men had reported that the humans wanted nothing to do with her. They called her a traitor, a betrayer of their kind, which meant she had no intention of killing him or his pack.

He never let humans go. The ones who stayed often tried to lead a revolt and kill them, which resulted in their deaths. There had yet to be a single human prisoner who made him believe in the human race, but so far, nothing.

They saw him and tensed up.

He wanted to claw each of their throats out. The bruises from his invasion were still clear on their faces and the cuts that had also happened showed on their arms and legs. They were no match for him or his pack.

Wolves bore no scars. They healed quickly and it was rare for them to die, but they could under extreme exhaustion, blood loss, and of course, torture. It took a lot to trap them, but they were not infallible to dying.

They stopped eating, apart from the woman. When he got close to her, she smelled like sweet vanilla. He didn’t wait for her to finish her food. Grabbing her arm, he pulled her to her feet.

“What have I done?” she asked.

No one fought for her.

Not a single person tried to save her.

It pissed him off because he also knew she’d been nothing but kind to his people. They’d all reported one human, a woman named Winter, who had also run to one of the pack’s children. The child had fallen over and cut her knee. Until a child reached maturity, cuts, grazes, and broken bones all required medical attention. Winter had treated the young girl even as her parents came toward them.

The moment they approached, Winter told them what she had done and apologized immediately for interfering. The girl’s parents hadn’t been angry she’d helped. Children were all weak and any wounds not attended to properly could see permanent damage or even death. They were only strong when they matured and had also undergone the transformation of the full moon. Their wolf made them strong.

No one stopped him as he marched her down to where he lived. He needed her. She didn’t struggle, but she did find it difficult to keep up with his strides. Once inside his home, he took her down to the basement where he had a chair waiting. After throwing her into it, he snapped the chain that was on her wrists. She cried out at the sudden tug of metal against her soft skin.

He secured her hands on each side of the chair, locking another chain around her waist. Rocko couldn’t help but notice her soft, fuller body. She had tits, hips, a nice, rounded stomach, and he’d checked out her ass as well.

Her curves were a thing of beauty amongst his men. He’d heard several of them speak about her with longing. Even though she hadn’t had a bath since she got here, she didn’t overly stink. Her long, blonde hair was a mess around her face and her blue eyes stared back at him with a hint of fear.