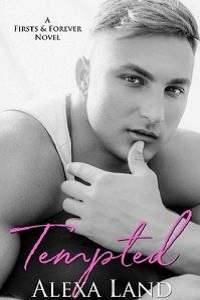 It was love at first sight.

I was ten years old at the time, and I fell as only a clueless little kid could—by belly flopping into love with absolutely no regard for logic or reason, and with only the flimsiest grasp on reality.

It wasn’t like I could just fall for a kid in my class. Instead, the object of my adolescent infatuation was a seventeen-year-old god among men named Eden Davis. He was a new friend and teammate my brother Casey brought home one day after football practice, and he was perfection.

The moment I met him, it felt like an asteroid had just smashed into my little world and thrown everything off kilter. That might seem overstated. What can I say? I was a dramatic kid. But the impact he had on my life really was huge.

Falling for Eden meant acknowledging I was gay for the first time. It shaped the man I grew into, and it affected every relationship I’d ever have.

The impact was that big because fifteen years later, I was still madly in love with Eden. It was an ache in my chest that had been there so long it had become a part of me. And it was as unrealistic as ever. Even though I wasn’t a kid anymore, my brother’s straight best friend was still totally unattainable.

Oddly enough, the three of us were currently roommates. When Eden and Casey decided to move to San Francisco to look after Eden’s granddad, I did what I’d been doing for years and tagged along.

At least I’d been promoted from an annoying kid pestering my big brother and his friend to one of the guys. More or less. Sometimes it felt like a cartoon I’d seen of a duck standing on one leg in a flock of flamingos. The caption said, “They’ve finally accepted me as one of their own.”

Not that flamingos were the right analogy. Casey and Eden were more like two lions, and I was a goofy yellow lab, wearing a mane made of mop yarn and trying to blend in. Despite the fact that they let me hang out with them now, there was still a divide. Even at twenty-five, I was convinced they still thought of me as a kid.

“Earth to Seth.” That was from my brother. He said that to me a lot. When I shot him a look, he smirked at me and said, “Concentrate, bro. You look like you’re about two seconds from slicing up your finger, instead of that carrot.”

The three of us were making dinner, and okay, yes, my mind had been wandering. That was why I was on salad duty, as usual. One little kitchen fire one time, and I was no longer trusted with the stove. My tendency to daydream really worked against me in my quest to convince both Eden and Casey I was an actual adult now.

It also didn’t help that at thirty-two, both of them were doing what I liked to call “important grown man jobs.” Eden was a police officer, and Casey was finishing up nursing school and working in a hospital. Meanwhile, they thought I delivered pizza for a living. That was what I’d been doing when we’d first moved here from St. Louis at the beginning of the year. They’d be equal parts furious and horrified if they knew I’d actually spent the last six months working as a prostitute.

For obvious reasons, I’d decided that was information they just did not need.

I hated to think about what would happen if either of them ever found out. There’d be lots of yelling, but the lectures would be even worse. It’d be just like the time I borrowed my mom’s car at fourteen and went for a joy ride. My parents didn’t even have to lecture me, because Eden and Casey did such a thorough job. As soon as the police brought me home, my brother and his bestie—who’d become part of the family by that point—started in with, “What were you thinking?” And, “I thought you knew better,” and so on.

No doubt I’d get the same lecture if they found out what I was up to these days, except that it would also include a huge helping of excruciating embarrassment. Part of still thinking of me as a kid meant that Casey and Eden were uncomfortable talking about anything even remotely sexual within five hundred yards of me.

Just imagine if they knew I’d been taking cock for cash. Dick for dollars. Peen for green. Why were there so many ways to say that?

Okay, so I did what Casey had warned me about and cut my finger. He didn’t have it in him to let an “I told you so” opportunity pass him by, although he phrased it, “What did I just say?”