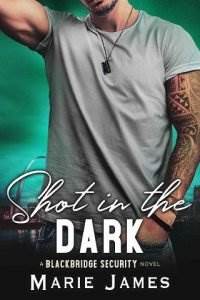 “Nana!” I sigh as I climb into my car juggling the box I just picked up from the front desk of my apartment complex along with the carrier Puff Daddy is in.

Puff makes it safely to the passenger seat, but the box tumbles to the floorboard, the contents making so much noise, I’m left wondering if I’ve ruined it before I even have the chance to open it.

“The entire situation is just so very sad,” my grandmother continues as if I haven’t been trying to get her attention for the last five minutes.

She’s not hard of hearing, even in her old age. She suffers from selective hearing, meaning if she doesn’t want to listen to reasoning—something that happens more often than not—she pulls the I’m eighty-four, what did you say dear card. Only today, she isn’t even giving me the opportunity to reword my last statement.

I have an opening. She’s finally giving me the chance to voice my opinion on the matter, but like many times before, it feels like a trap. I could just agree and move on with my day, but after her heartfelt post earlier on social media and my position as the IT specialist—and talented hacker—for Blackbridge Security, I feel an innate responsibility to correct the issue, not that people on her “friends list” have any clue what I do for a living. According to Nana, I sit at a computer all day making it possible for Deacon Black, that gorgeous young man with the weight of the world on his shoulders, to stay organized.

“He doesn’t need a heart transplant,” I inform her, not for the first time since I called her earlier.

“It’s obvious he does, dear.” Now it’s her turn to sigh, as if I’m frustrating her. “I read it on the Internet.”

“And everything online is real,” I mutter.

Another chance to just leave it alone, but the embarrassment I felt this morning is still clinging to me. Since I’m stubborn to a fault, a trait I got from the very woman I’m talking to, I can’t just let it go. I’m not Elsa, and this isn’t a damn Disney movie.

“With a bad heart,” she agrees, missing the point entirely.

“The character in the movie has a bad heart. I’m certain Mr. Downy is fine.”

“They’re raising money for his surgery.”

“Nana.” I’ve met my quota for sighs for the day, but it seems I’ll be dipping into tomorrow’s ration as well.

“Don’t Nana me, young man. Surgeries are very expensive, and I’m just doing my part to help him out.”

“You’re a generous woman.” Conceding at this point is all I can do.

“You should share as well. That’s another dollar. Every penny counts.”

I can’t agree to do it because the woman remembers everything. If I don’t repost the promotion she shared, which is in fact a promotion for the anniversary release of the original movie, she’ll call me before lunch to remind me to do so.

“I’m not allowed to share fund-sourcing materials, Nana. It’s in my contract.” Even though it’s a little white lie, it still makes me feel like I’m going to hell for it.

“That’s a shame. Should I call Deacon to discuss a re-evaluation of your contract?”

And she would if I even hinted that I needed help. Craziest part is that Deacon would probably give this woman anything she asked for. If she thought it was in my best interest to work from a satellite office on the moon, he’d do his damnedest to get me on the next space shuttle. Like myself, he can’t seem to tell her no.

“That won’t be necessary. As soon as I get to work, I’ll log on and donate ten dollars.”

“Such a generous boy,” she praises.

Puff Daddy huffs beside me. Even the bird is frustrated with her.

If I make a promise, I have to back it up with proof. I hadn’t planned on spending time this morning making yet another fake Thank you for your support invoice, but this happens so much, I may be able to recycle one of the many I’ve had to do in the past.

“Very good.” She’s become agreeable so quickly, I want to kick my own ass for not starting with agreeing to donate in the first place. “I expect you at Sunday brunch next week.”

“I’ll be there,” I tell her enthusiastically, and I don’t even have to fake my excitement. Honestly, I’m a little disappointed that today is Sunday, and we aren’t having a meal.

Not only did Odette Nelson put her life on hold to raise me after my parents died when I was young, she just so happens to be the most amazing woman I know. The fact that she can cook like a Michelin Star chef doesn’t hurt either.