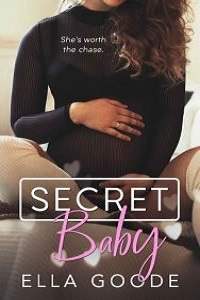 “What are we doing?” I suck in a breath as my back hits the elevator wall. He lifts me from the ground and I wrap my legs around him, trying to get my body as close to his as possible. He fumbles with his key, slipping it over the scanner as he hits the button for whichever floor we’re going to.

“Taking you to my room.” His cool blue eyes meet mine. The same way they did an hour ago. At which time they knocked the air right out of my lungs. They weren't what I expected from the big man in a suit sitting at the bar all alone. I’d sat down next to him and made myself comfortable. From the moment I’d walked into the bar of the hotel something had pulled me toward him. He’d flicked his gaze my way, giving me a hard look at first. It dropped away the second his eyes met mine. I almost thought he might have recognized me but then he’d asked my name. That question surprised me almost as much as his eyes. It is few and far between that someone doesn’t recognize me or ask if we’ve met before because they know my face. If they don’t know exactly who I am they keep saying that I look familiar.

“You’re coming to my room.” It doesn't exactly sound like a question. His mouth drops onto mine. The taste of the whiskey he’s consumed fills my mouth again as his tongue pushes past my lips. This kiss is more possessive than the last. He pulls his mouth from mine. “Answer me.”

“Was it a question?” My words come out breathy. My voice sounds sexy. I’ve been called sexy, gorgeous, pretty so many times in my life but I’ve never felt that way until now. The crazy thing is that I’m not even done up to even be considered sexy right now. It wasn't the reason I came to the bar alone at midnight. I’m in an oversized sweater and jeans. I don’t have a speck of makeup on my face and my hair is still drying from the shower I’d taken. I had been alone in my hotel room and feeling bored. Everyone thinks that I lead this glamorous life, traveling the world, but it’s not all it’s cracked up to be.

It’s gotten so hectic that I have to check my own location to remember which city I'm currently in. My best friend texted me Happy Birthday today, reminding me which day of the week it was. She probably thought I was already asleep. I normally would’ve been but the shoot ran long. I turned the big twenty-one today and I worked all day. So after having a mini pity party, I’d found myself grabbing my ID and heading toward the hotel bar. That’s when I found him. I’d lost my train of thought as soon as our eyes met, forgetting to order a drink until he spoke up and ordered one for me.

“Yes, I’m coming to your room.” I feel him relax under my hands as he drops his mouth back down onto mine again. My hands slide into his short hair as I wrap around him, pushing myself into him as much as I can. I want to pull off his clothes so that there’s nothing between us as I try to deepen the already consuming kiss. Why is this elevator taking so long?

When he pulls back from the kiss my eyes flutter open to see that we aren't on the elevator. I was so lost in our kiss that I didn’t even realize. He opens the door to his room. My heart rate picks up; somehow my body knows that this man is going to give it exactly what it needs. I may not have any experience but I’m going to let this sexy man have his way with me tonight. I lick my lips thinking about him naked.

“Clothes off,” he tells me as he strides into the room. He places me down onto the bed. I stare up at him as he starts to undo the buttons of his shirt. “Sweetness.” My heart flutters at the name he’s been calling me since he first kissed me in the middle of the bar.

I pull my sweater off over my head. He sucks in a deep breath. “No bra?” He makes a tsking sound. “If the first time is over quickly I swear I’ll make it up to you.”

He drops to his knees, making us eye level as he reaches for my jeans.

“We have all night,” I tell him. I guess all early morning technically. It is now after one in the morning. I have a flight out in a few hours. I don’t want to leave, I think, as I stare into his eyes.